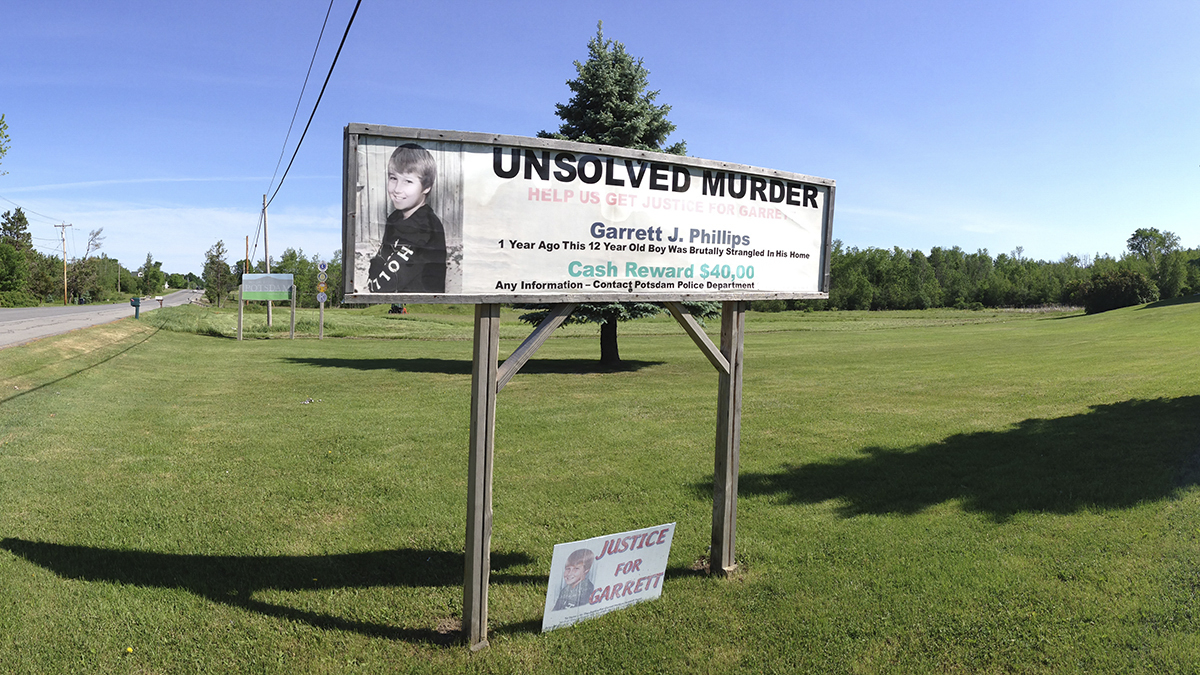 WHO KILLED GARRETT PHILLIPS? has its World Premiere as part of the Truth and Justice program at AFI DOCS at the Landmark E Street Cinema in Washington DC on Thursday, June 20. Director Liz Garbus will be in attendance. Buy tickets to the screening here.

On October 24, 2011, police officers found the lifeless body of 12-year-old Garrett Phillips alone in his apartment. Multiple police forces, as well as the District Attorney’s office, swing into action to try and find justice for this tragic case. As the investigation drags on and on, the lack of progress becomes a political playing card. The tiniest clues become crucial as a community in mourning and a fractured family cry out for justice. This gripping true crime story deftly analyzes the emotional and difficult issues surrounding this tragic death without ever losing sight of the real boy whose loss of life is at the center of it all.

Director Liz Garbus is a two-time Academy Award® nominee, an Emmy® winner, Peabody winner, Grammy nominee and a DGA nominee. She has directed numerous award-winning documentary films and series, including THE FARM: ANGOLA, USA; WHAT HAPPENED, MISS SIMONE?; NOTHING LEFT UNSAID; THE FOURTH ESTATE; and most recently, her scripted feature debut, LOST GIRLS, for Netflix. We spoke to director Liz Garbus about her new film.

I became a documentarian out of a love for storytelling, a passion for justice and a desire to always be engaged.

AFI: How did you become involved in this story? What was your inspiration?

I first read about the story in a New York Times article by Jesse McKinley back in March 2016 telling the story of the tragic death of Garrett Phillips, a 12-year-old in Potsdam, New York. Garrett was found murdered in the apartment he shared with his mother and brother. The case emerged at a time when questions of racial bias and its intersection with law enforcement were at a boiling point. Nick Oral Hillary, a black man was pegged for the crime, and it took more than 30 months for prosecutors to charge him. The complexities of this case, the unsolved murder and the grief of the family flagged that there is an important story here that demands a greater understanding from multiple perspectives.

AFI: How did you find and connect with the subjects you profiled in your film?

I reached out to lawyers and family members involved in the case, visited with them, showed them my earlier work and, little by little, almost everyone came on board.

AFI: What was a particular challenge you faced while making WHO KILLED GARRETT PHILLIPS?

My greatest struggle was getting access to the courtroom. We had to meet with and petition the judge who ultimately decided to let us in with some reasonable limitations. And, as in many cases like this, family members have often been burned by sensational, slash and burn media, and it takes time to build those relationships.

AFI: What would you like audiences to take from seeing your film?

It’s both a mystery and a tragedy. What happened that rainy afternoon?  But because of prosecutorial overreach and a focus on one suspect above all others from the outset, the truth may never be known.

Why do you think Washington, DC is a vital location to screen this film?

The film addresses universal issues for our criminal justice system as well as racial inequity.

Why are documentary films so incredibly important in today’s world?

They are enlightening and can go deep in a world of hot takes and sound bites.