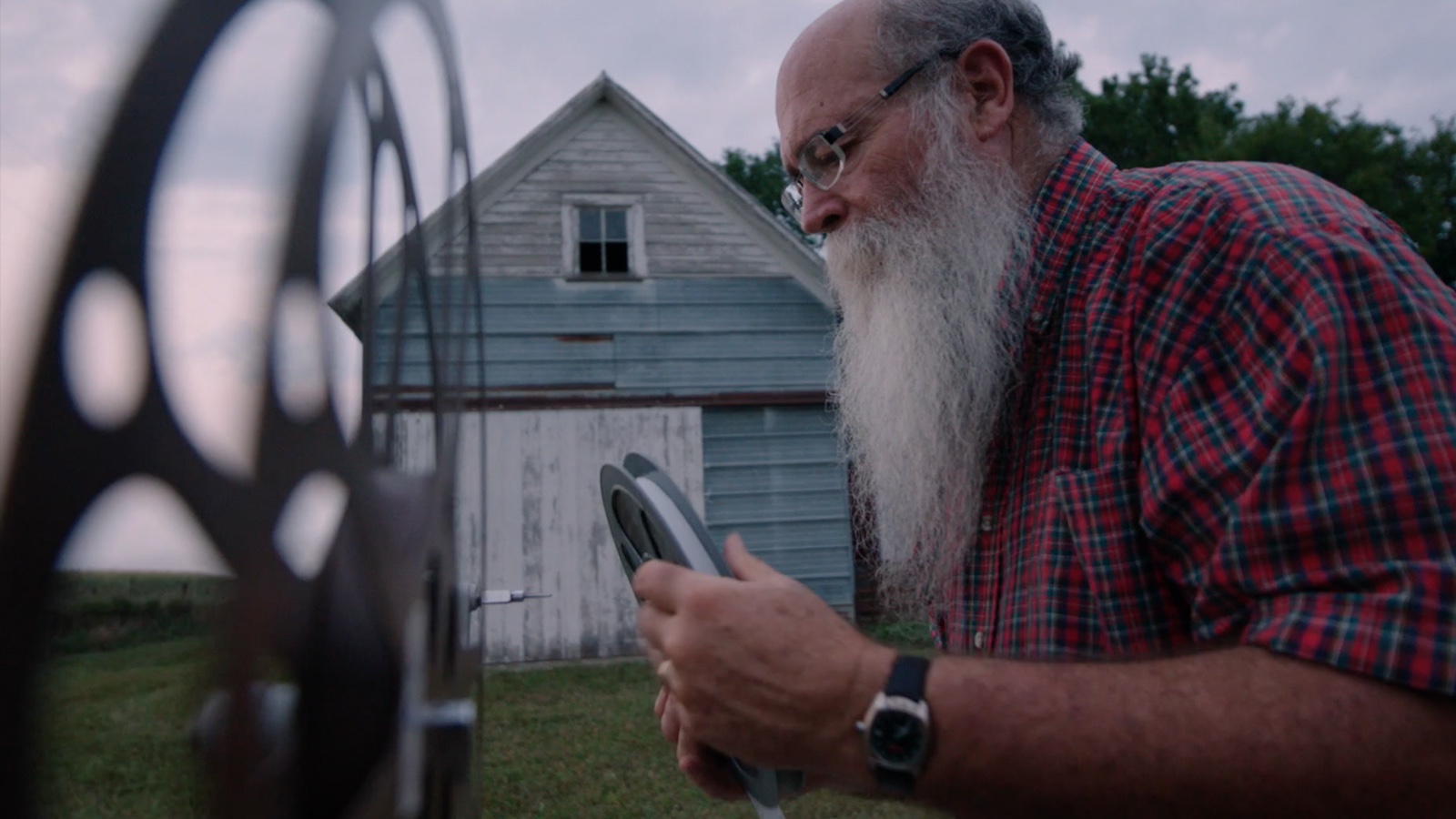 In his position as small-town Iowa historian and collector, Michael Zahs lucked into the acquisition of one of the rarest collections of turn-of-the-century cinema. Now turning his obsession into purpose, Zahs sets out to restore and exhibit his treasure trove of newsreels, home movies and lost films. He is the subject of SAVING BRINTON, which screens at AFI DOCS on Saturday, June 18, and Sunday, June 19. AFI spoke with the three filmmakers.

TH & AS: We were at Sundance in 2004 watching an amazing wave of new docs — RIDING GIANTS, SUPER SIZE ME, DIG! — and we were stunned by how much documentaries had changed from when we were kids. At that same festival, we talked to [director/writer] Jared Hess after the NAPOLEON DYNAMITE premiere and asked his advice for young filmmakers and he said “do what you know.” Completely inspired by our trip, we returned home to Minnesota, and opened the newspaper to a story about a massive outdoor hockey tournament in Minneapolis. We released our first feature, POND HOCKEY, three years later.

AFI: What inspired you to tell the story of SAVING BRINTON?

TH & AS: The common threads through all of our feature documentaries are notions of community and place and the interplay of tradition and modernity. This story had all of those elements.

TH, JR & AS: On top of all that, we’re film nerds. So here are 130 films, many of them unseen for a century, and we get to be a part of bringing these back into the public consciousness. Of course, we were in from day one.

AFI: How did you find Michael Zahs?

TH & AS: Our last film, GOLD FEVER, was about gold mining in Guatemala, and we were looking for something closer to home. Our eyes lit up when we got a call about a man, in a small town just south of us, who had discovered a basement full of nitrate films from Thomas Edison and Georges Méliès. Our first reaction was the same as most everyone: “In Iowa? Really?” That was the beginning. But in that first visit to Mike’s house, we sensed that the man who had saved these things was the real story — you can see it in the opening scene of the film. I think we left that day and told Mike “you’ll be seeing a lot more of us.”

AFI: What was a particular obstacle you faced while making the film?

TH, JR & AS: From very early on, we knew it would be a challenge to balance five hours of old films, endless stories about the eccentric Frank Brinton and Mike’s remarkable life into a single 90-minute film. All those elements had to be there to create this journey that’s of the past but in the present. We tried a lot of things, but as is often the case, the answer was right there all along: to let Mike’s shows be the glue that held it together. Still, there’s so much rich detail to this story, we had to make a lot of difficult cuts.

AFI: What do you want audiences to walk away with?

TH, JR & AS: We live in a disposable society that clips along at a breakneck pace. Every day there’s a new 140-character missive that consumes our collective consciousness. I think the lesson that Mike embodies is “slow down, look up.” We can all be more thoughtful, connect more deeply, appreciate the place where we live and the history that surrounds us — and, perhaps most of all, find the simple joys in life.

AFI: Why is Washington, DC, a valuable location for your film?

TH, JR & AS: Frank Brinton’s film collection — indeed, his entire life history — was on the verge of going to the dump in 1981. But Mike stepped in and helped ensure its survival and, at the same time, the American Film Institute got wind of these films and brought them back to the Library of Congress for preservation. Those films survive today in the Library of Congress Packard Campus vaults because of that foresight 35 years ago. Without AFI and the Library of Congress, this amazing slice of history would be gone forever.

AFI: Why do documentaries matter today?

AS: Nonfiction film has become increasingly primary as a storytelling medium. Our story is a prime example of one that can’t be fully appreciated in print or radio or still images, it has to be experienced through the multi-sensory vibrancy of moving pictures. Remarkably, Edison and the Lumières realized the power of documentary from day one and this is the same thing that was happening in the 1890s when cinema was born.