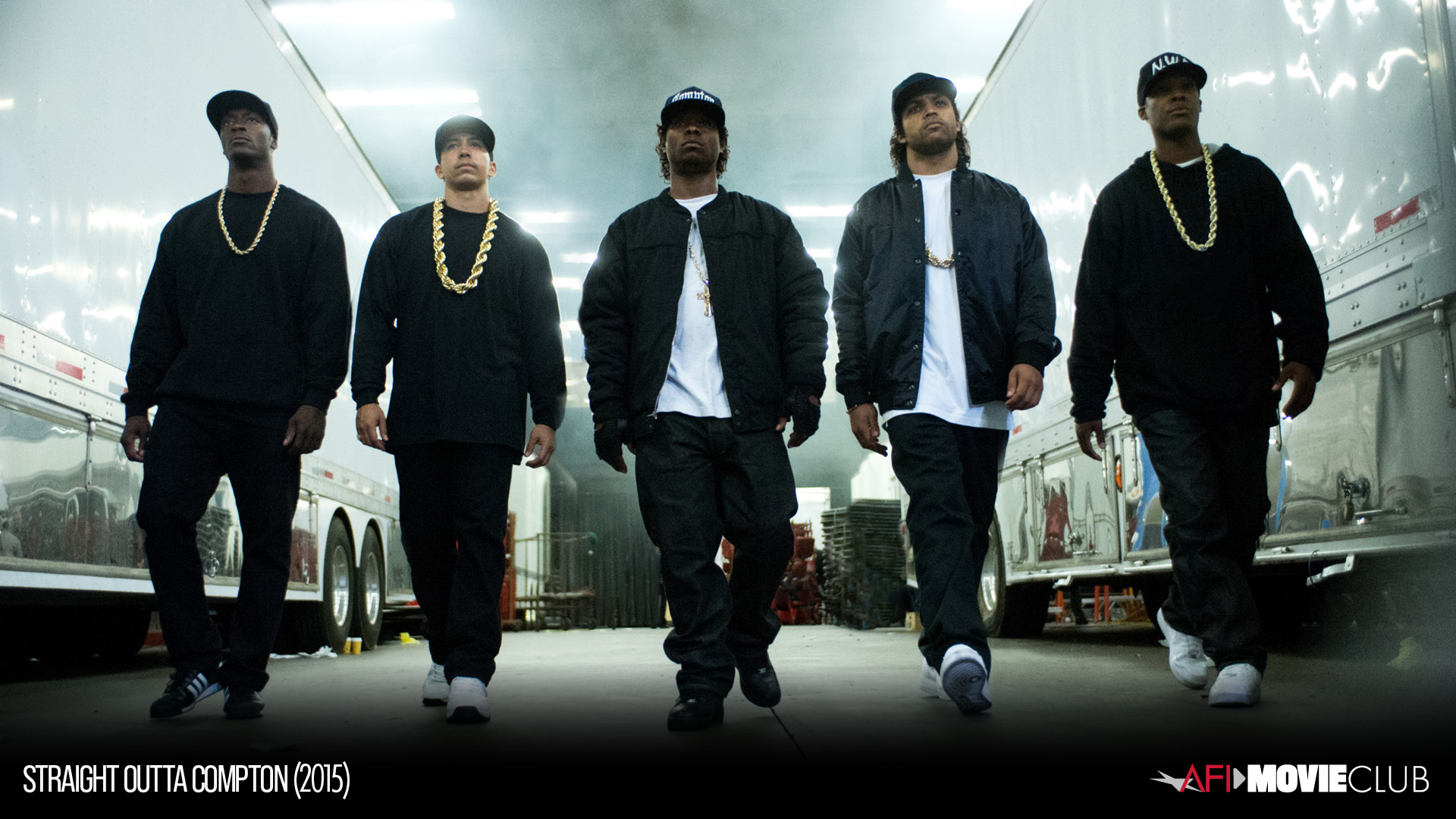 AFI recognized STRAIGHT OUTTA COMPTON with a 2015 AFI AWARD – selecting it as culturally and artistically representative of the year’s most significant achievements in the art of the moving image. The film’s cinematographer Matthew Libatique is also a graduate of the AFI Conservatory.

–DID YOU KNOW O’Shea Jackson Jr.’s acting debut was portraying his own father – Ice Cube – in STRAIGHT OUTTA COMPTON? Jackson did not land the part right away; it took almost two years of acting lessons and going through multiple auditions before getting the role.

–DID YOU KNOW director F. Gary Gray had the actors re-record N.W.A’s entire “Straight Outta Compton” album to help them get into character? The movie’s soundtrack uses N.W.A’s original versions of their iconic songs as well as the versions recorded by the actors.

–DID YOU KNOW the scene in which Ice Cube smashes up the Priority Records president’s office was almost cut from the film after a rewrite of the script? Producer Ice Cube was so passionate about including the scene that he insisted that it be added back.

–DID YOU KNOW the continuous scene through the hotel room was filmed in one uninterrupted shot with no edits? It took more than 20 takes to get it right!

–DID YOU KNOW that, despite increases to the production budget, the filmmakers felt it was important to shoot in Los Angeles – and in Compton – for authenticity?

–DID YOU KNOW the cinematographer of STRAIGHT OUTTA COMPTON was AFI Conservatory alum Matthew Libatique (AFI Class of 1992)?

-How has the societal landscape changed since N.W.A released their first album?

-What about society today hasn’t changed since N.W.A hit the scene?

-What did N.W.A want to achieve with their music? Do you think they were successful?

-Why did N.W.A and their music scare people at the time?

-Why were the N.W.A considered a supergroup?

-What is the relationship between money and art? Can they coexist?

-How would you rate STRAIGHT OUTTA COMPTON?

Cinematographer and AFI alum Mathew Libatique talks about developing the visual style of the film in this exclusive AFI Archive video: