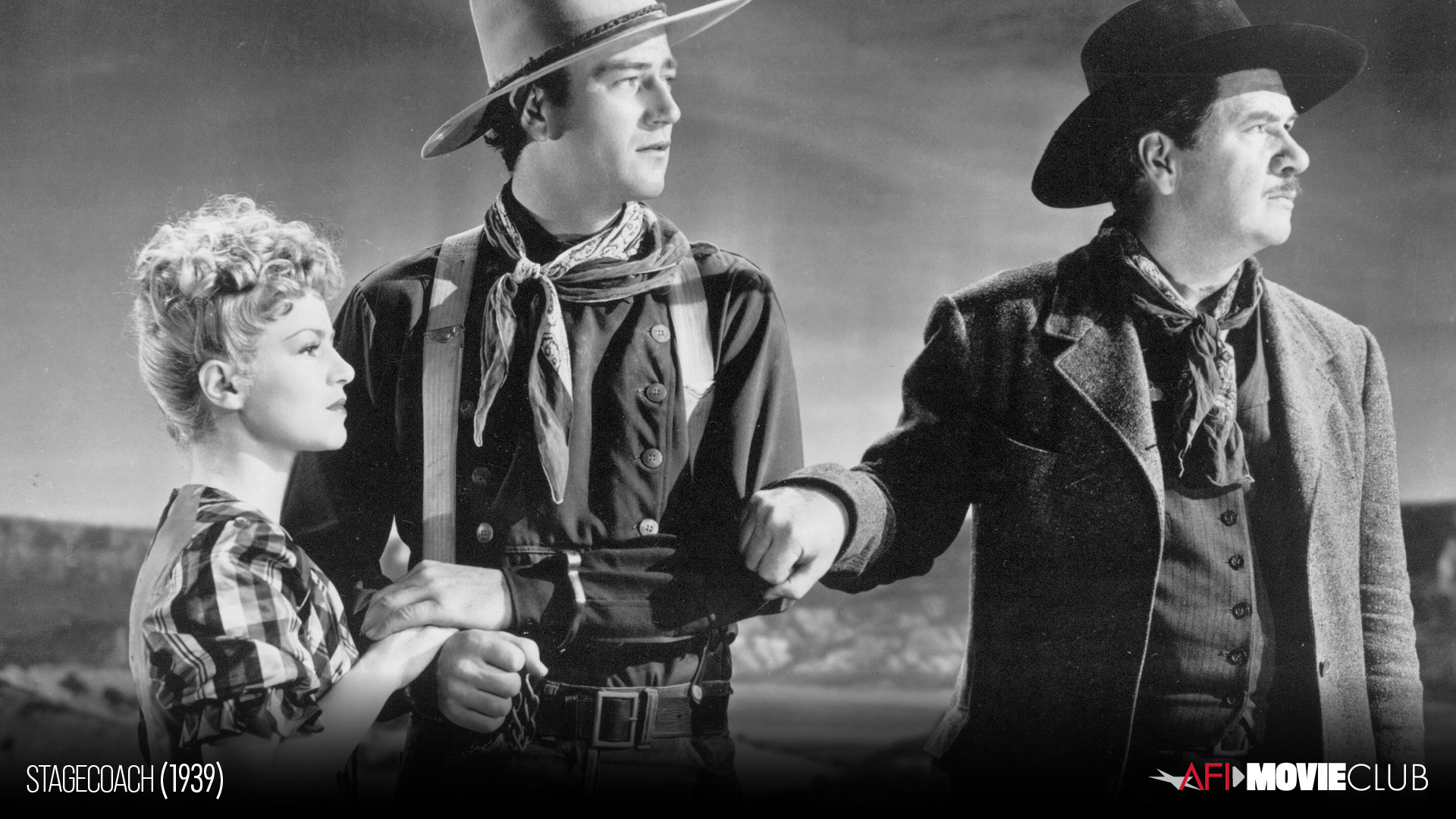 STAGECOACH is ranked #63 on AFI’s original list of the greatest American films of all time! John Wayne was named one of the greatest screen legends by AFI, and director John Ford was the recipient of the inaugural AFI Life Achievement Award in 1973.

–DID YOU KNOW producer Walter Wanger wanted Gary Cooper and Marlene Dietrich in the leads, but director John Ford insisted on John Wayne and Claire Trevor? STAGECOACH marked the first of three films between 1939 and 1940, which paired Wayne and Trevor romantically.

–DID YOU KNOW that stars at the time performed under contract with specific studios? To film STAGECOACH, John Wayne was borrowed from Republic Pictures, making him – according The New York Times – “the first star Republic has loaned to a major lot.”

–DID YOU KNOW that STAGECOACH marked John Ford’s first use of Monument Valley as a shooting location? The iconic landscape would become a visual signature of the director’s filmography.

–DID YOU KNOW Orson Welles once said that STAGECOACH was a textbook example of perfect filmmaking? He claimed to have watched the movie more than 40 times in preparation for the making of CITIZEN KANE.

–DID YOU KNOW that John Ford earned an Academy Award® nomination for Best Director for STAGECOACH? He lost to Victor Fleming, who had directed GONE WITH THE WIND (and THE WIZARD OF OZ!) that same year.

–DID YOU KNOW that all the film’s interior sets were built with ceilings, an unusual practice at the time for studio filming? This was to create a claustrophobic effect in contrast to the wide-open spaces of Monument Valley.

-What are some of your favorite westerns?

-What is the appeal of the western genre? What are some of its common conventions?

-What makes John Wayne such a compelling star?

-Did you recognize Monument Valley where much of the film’s exterior locations are shot? What other films have used this iconic location?

-STAGECOACH has been pervasive throughout culture since its release in 1939. Can you think of any times you’ve seen its influence in more contemporary films?

-How would you rate STAGECOACH?

AFI has created a global, virtual gathering of those who love the movies. Each day’s film is accompanied by fun facts, family-friendly discussion points and material from the AFI Archive to enrich your viewing experience.

How to STAGECOACH: View Options