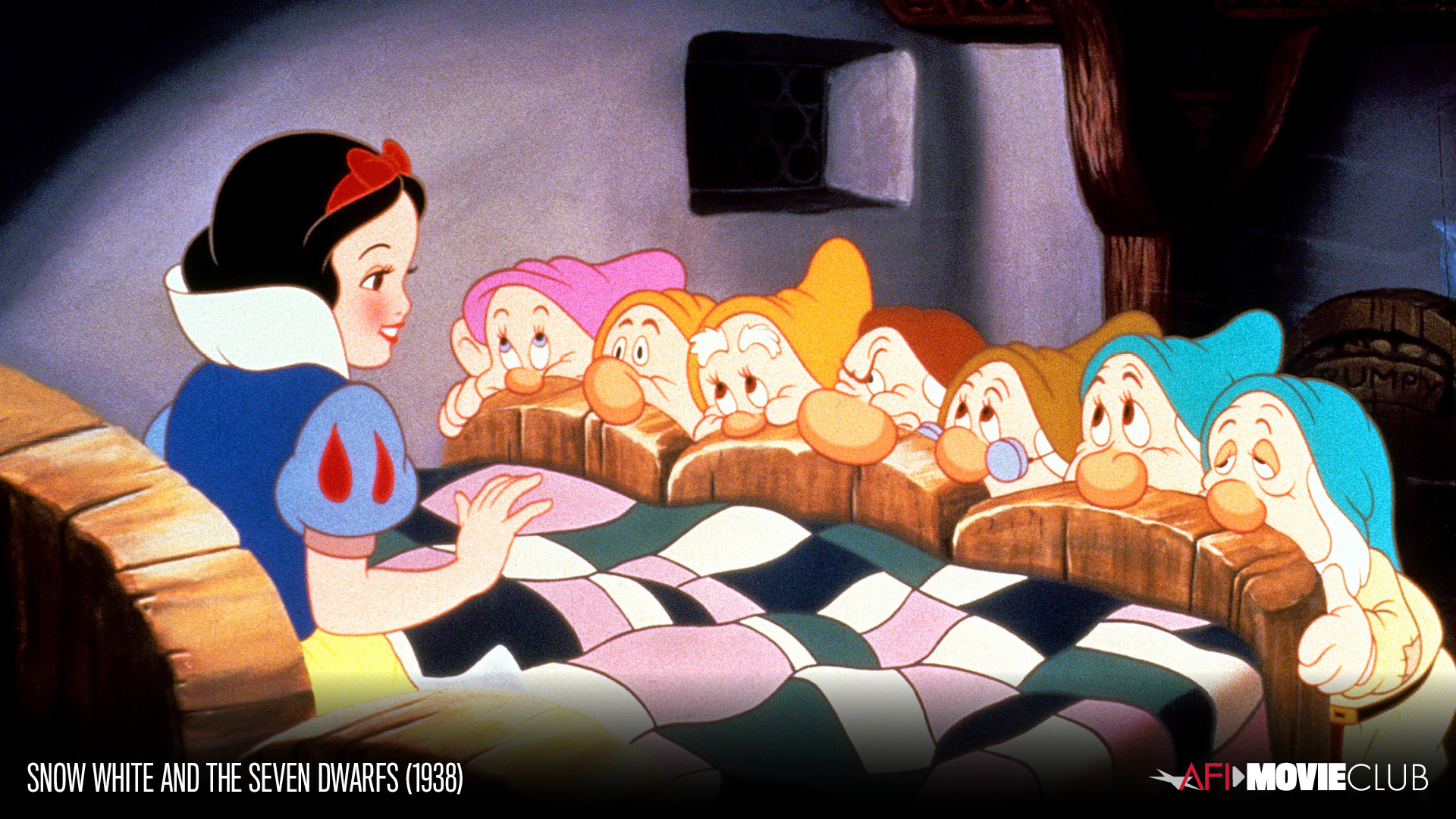 Disney’s SNOW WHITE AND THE SEVEN DWARFS appears at #49 on AFI’s original Top 100 movies list and was ranked even higher for the 10th anniversary edition – at #34! And Snow White’s wistful ballad “Some Day My Prince Will Come,” performed by Adriana Caselotti, landed at #19 on AFI’s 100 Top Movie Songs of all time, while the wicked queen, voiced by actress Lucille LaVerne, placed #10 on AFI’s list of the Greatest Villains in movie history.

Movie Trivia about SNOW WHITE AND THE SEVEN DWARFS

–DID YOU KNOW Walt Disney won a special Academy Award® for the film? Shirley Temple presented him with one full size statuette accompanied by seven miniature ones!

–DID YOU KNOW that SNOW WHITE AND THE SEVEN DWARFS was Walt Disney’s first feature-length production?

–DID YOU KNOW that according to Life Magazine, a total of 20 million people saw SNOW WHITE AND THE SEVEN DWARFS in its first three months?

–DID YOU KNOW that SNOW WHITE AND THE SEVEN DWARFS was the first film to have its own soundtrack album?

-Why do you think this film was such an enormous box office success?

-Can you remember how old you were and where you were when you first saw SNOW WHITE AND THE SEVEN DWARFS?

-What do Snow White and her friends – the seven dwarfs and the woodland creatures – have to teach us about friendship and compassion?

-Do you ever break into song throughout the day and whistle while you work? How does music help to pass the time and make tasks less difficult?

-Can you name all seven dwarfs? Which is your favorite and why?

-How would you rate SNOW WHITE AND THE SEVEN DWARFS?

Want to learn more? In this time when we are reminded “There’s no place like home,” AFI has created a global, virtual gathering of those who love the movies. Each day’s film is accompanied by fun facts, family-friendly discussion points and material from the AFI Archive to enrich your viewing experience.

How to Watch SNOW WHITE AND THE SEVEN DWARFS Now: