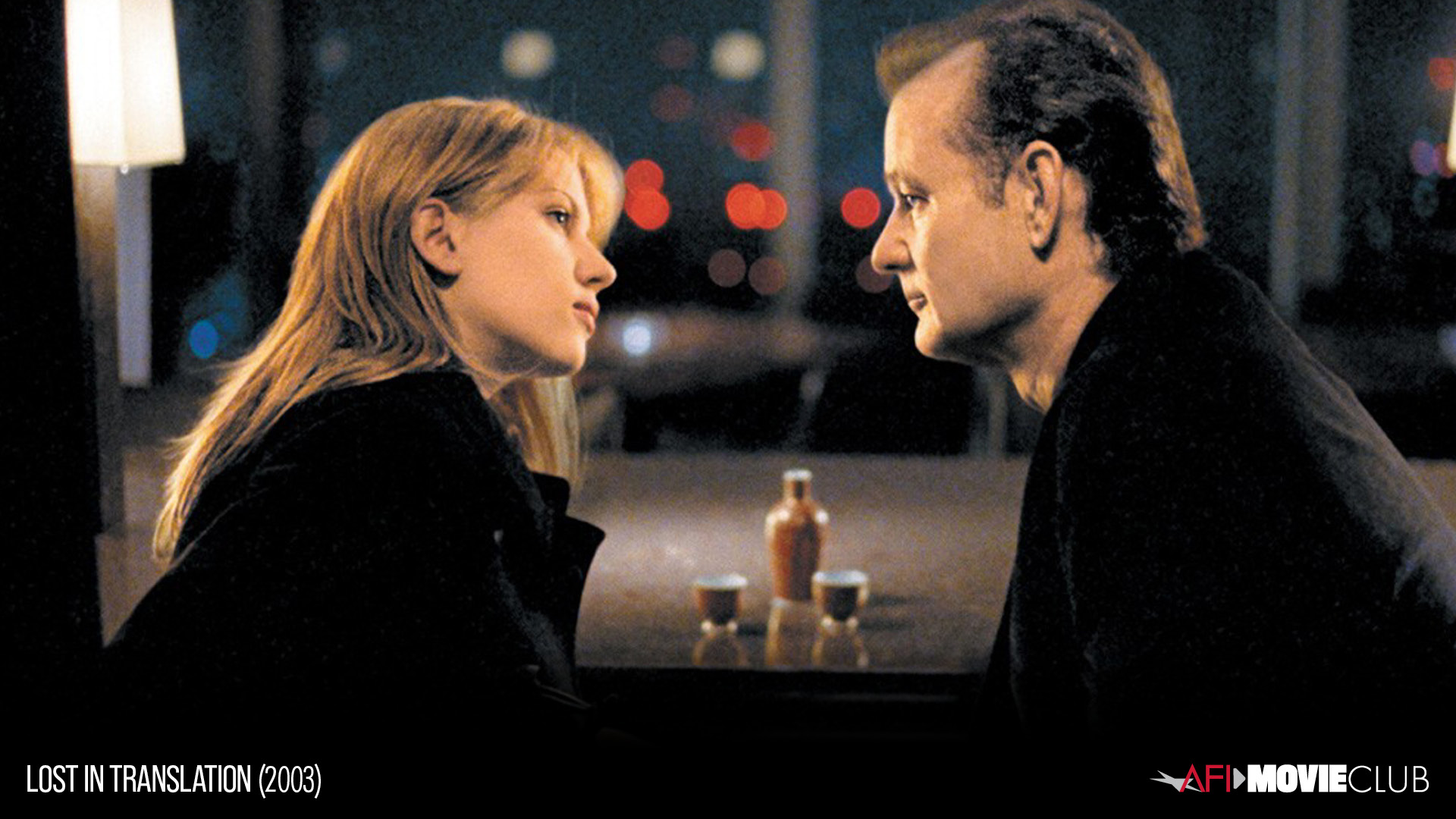 LOST IN TRANSLATION was honored with an AFI AWARD in 2003 – recognizing it as one of the 10 outstanding films deemed culturally and artistically representative of the year’s most significant achievements in the art of the moving image.

Movie Trivia about LOST IN TRANSLATION

-DID YOU KNOW the entire film was shot on location in Tokyo and Kyoto, Japan?

-DID YOU KNOW Sofia Coppola wrote the part of Bob Harris with Bill Murray in mind and claims she wouldn’t have shot the film with anyone else in the lead role? Bob filming a Suntory whisky commercial was partially inspired by Sofia Coppola’s own father, Francis Ford Coppola, making a real Suntory commercial with Akira Kurosawa in the 1970s.

–DID YOU KNOW that lead actress Scarlett Johansson was only 17 years old when she was cast to play the role of Charlotte and 18 when the film was released?

-Have you ever struck up a spontaneous friendship in an unlikely place before?

-What did you think of comedian Bill Murray in such a dramatic role?

-Have you ever felt a sense of displacement and restlessness like Charlotte?

-How does Sofia Coppola explore the feeling of being “lost in translation” through the characters of Charlotte and Bob?

-How has Sofia Coppola made an impact as an artist who seeks complete creative control with her films?

-Have you ever been to a foreign place where you experienced culture shock?

-Do you think it’s important to travel? How does it expand your perspectives of other cultures?

-What do you think Bob says to Charlotte at the end of the film?

-How would you rate LOST IN TRANSLATION?

How to Watch LOST IN TRANSLATION Now: