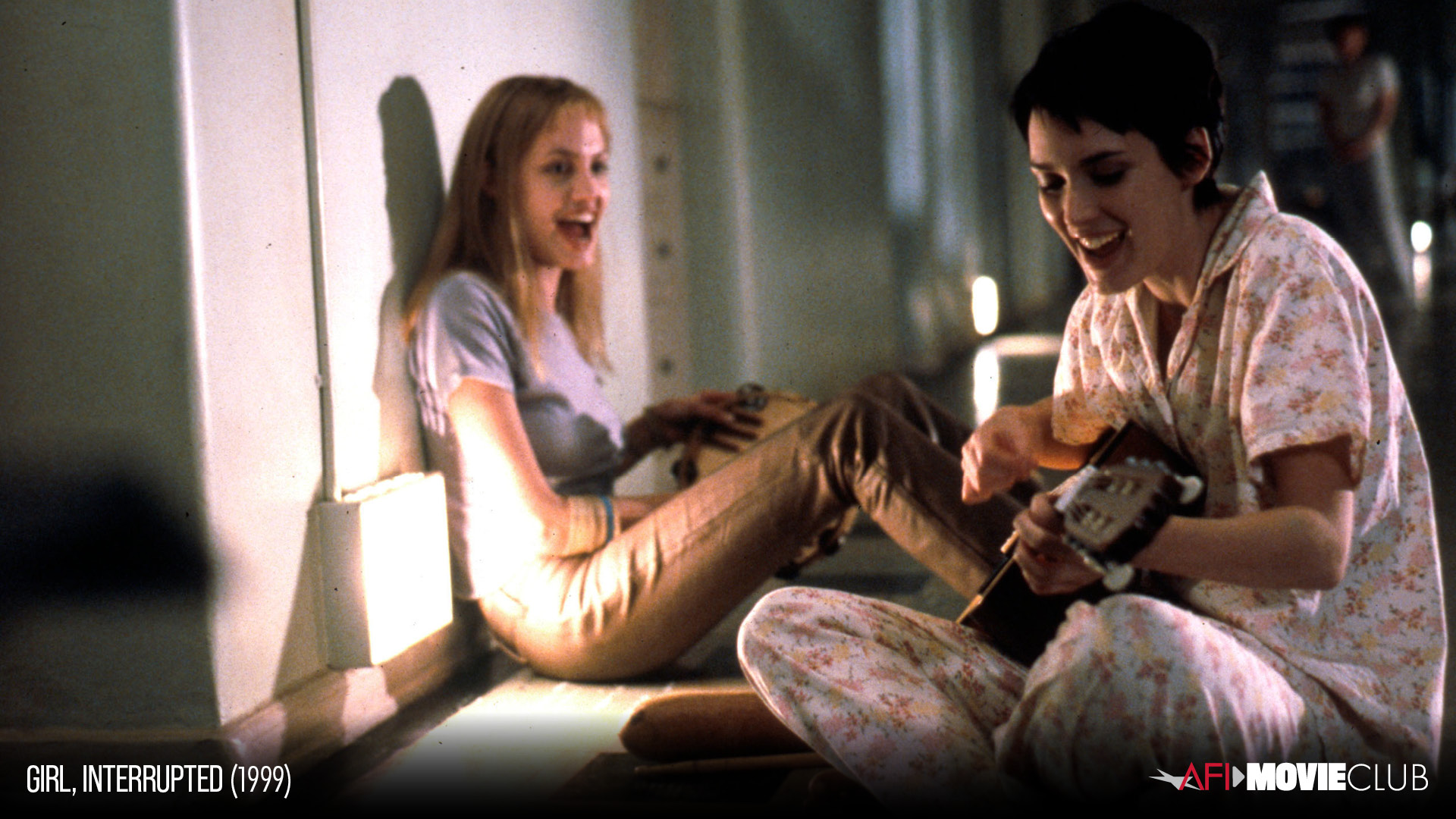 -DID YOU KNOW that the film is based on Susanna Kaysen’s 1993 memoir of the same name? It is a true story about her time spent in an institution in 1967. After reading Kaysen’s novel, Winona Ryder worked with producer Doug Wick for seven years to get the film made.

-DID YOU KNOW that the title of the novel “Girl, Interrupted” was inspired by the painting “Girl Interrupted at Her Music” by Dutch artist Johannes Vermeer?

-DID YOU KNOW that co-writer Lisa Loomer is a graduate of AFI’s educational programs – having participated in the AFI TV Writing Workshop in 1987?

-DID YOU KNOW much of the film was shot in an empty wing at Harrisburg State Hospital – a real-life mental institution? The hospital treated patients until it closed in 2006.

-DID YOU KNOW that actresses Rose McGowan and Claire Danes auditioned for the role of Lisa? The role eventually went to Angelina Jolie, who won an Academy Award® for her performance.

-DID YOU KNOW that a young Elisabeth Moss played the role of burn victim Polly? Heavy prosthetics make her almost unrecognizable.

-DID YOU KNOW that the poem Lisa quotes while playing cards is “Resumé” by writer Dorothy Parker – who also famously suffered from depression?

-What do you think of the film’s portrayal of mental illness?

-What was the current climate like in terms of our cultural understanding of mental health and pharmaceuticals in the ‘90s when the memoir and film were released?

-Winona Ryder started her career in dark comedies in the ‘80s taking on more dramatic roles in the ‘90s. What is your favorite of her films?

-What do you think of Angelina Jolie’s breakthrough performance?

-What do you think of the ensemble of young actresses playing patients? How did they form a makeshift family of misfits at Claymoore?

-How are the caretakers and hospital workers depicted in the film? How did Whoopi Goldberg and Vanessa Redgrave bring depth and humanity as supporting players?

-How does GIRL, INTERRUPTED compare or contrast to the mental care facility depicted in ONE FLEW OVER THE CUCKOO’S NEST a quarter of a century earlier?

-How would you rate GIRL, INTERRUPTED?

While movies can provide escape during unprecedented times, they can also hold a mirror to the mental health challenges we each may face as individuals. Take a look at some of the ways that mental health has been depicted in the movies.

-SPELLBOUND (1945) – Set in a mental hospital and with a psychoanalyst as its ostensible heroine, Alfred Hitchcock’s thriller upends its protagonist’s presumed intellectual authority and presents a story where nothing is as it seems.

-ONE FLEW OVER THE CUCKOO’S NEST (1975) – Jack Nicholson stars as a troublemaker committed to a mental institution, who sparks new life in the downtrodden inmates, giving them purpose and self-worth.

-GOOD WILL HUNTING (1997) – A math genius is afraid to turn his back on his best friend and the south Boston neighborhood he loves – but swallows his pride to work through his troubled past with the help of a psychiatrist.

-A BEAUTIFUL MIND (2001) – The story suggests that the life of the mind can be as intriguing as any thriller – with masterful cinematic technique putting audiences inside the schizophrenia of a real-life troubled genius.

-SILVER LININGS PLAYBOOK (2012) – A jagged romance finds a path ever upward from the darkest, loneliest corners of the mind – lighting the way with equal parts wit, pathos and empathy for the challenges of living with bipolar disorder.

-INSIDE OUT (2015) – Pixar’s candy-colored masterpiece brings to life the emotions that make us whole – exploring the mind of a young girl to consider the emotional bond between sadness and joy.

GIRL, INTERRUPTED depicts the traumas of dealing with mental illness – a theme that resonates in this time of global uncertainty. Here are some resources for taking care of yourself, when regular support systems may not be readily available.

In this exclusive AFI Archive video, James Mangold talks about directing the film: