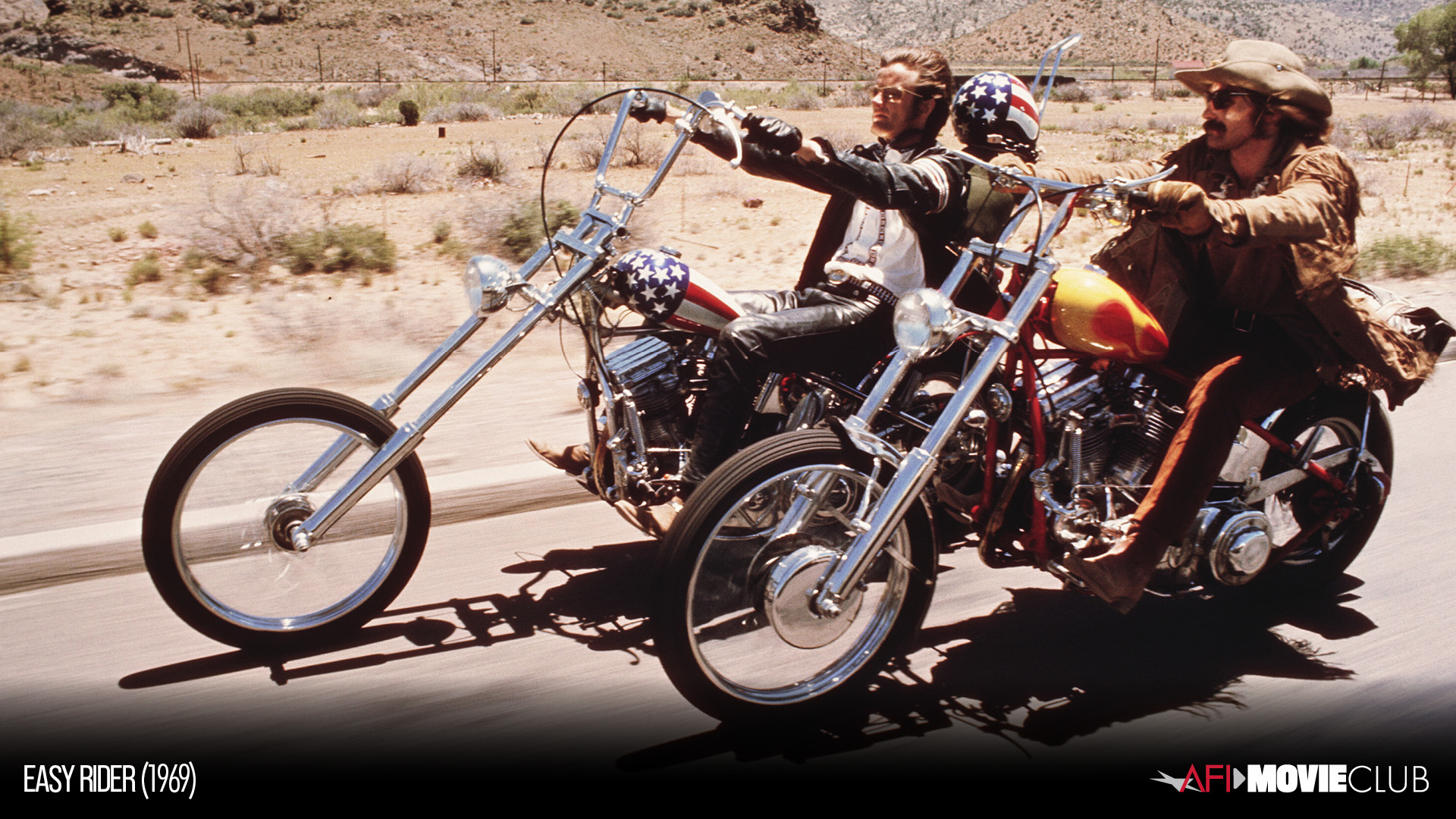 EASY RIDER was selected for both AFI’s original and 10th anniversary lists of the greatest American films of all time, and “Born to Be Wild” was recognized by AFI as one of the greatest songs ever featured in a film. EASY RIDER’s journey to the big screen included AFI Life Achievement Award recipient Jack Nicholson.

–DID YOU KNOW although the screenplay was written by the stars of the film – Peter Fonda and Dennis Hopper, along with novelist Terry Southern – a great deal of the movie ended up improvised?

–DID YOU KNOW actor/director Dennis Hopper said that the marijuana used in the film was real?

–DID YOU KNOW in scenes depicting rural and small-town America, real-life farmers and other local, non-professional actors were used?

–DID YOU KNOW $1 million was spent to license the music for the film, which was about three times the budget for shooting the film?

–DID YOU KNOW director Dennis Hopper had only a week to prepare to shoot scenes at Mardi Gras? This was a result of Peter Fonda getting the date wrong!

–DID YOU KNOW Rip Torn was initially cast in the role of George Hanson? The part went to Jack Nicholson after director Dennis Hopper and Torn got in a heated dispute before filming.

–DID YOU KNOW the first cut of the film by Dennis Hopper, which took him 22 weeks to complete, had a runtime of almost three hours in length? The final film’s runtime was 96 minutes.

– What does the term counterculture mean to you?

–What made EASY RIDER resonate with people when it first hit the big screen? Do those same ideals still resonate today?

–Why has there been a long running cultural divide between young and old?

–How has social media changed how the youth of today have challenged the “establishment”?

–Would the response to the film have been different if Wyatt and Billy safely drove off into the sunset at the end of the movie?

–How would you rate EASY RIDER?

In this exclusive AFI Archive video, Peter Fonda and Dennis Hopper talk about the film: