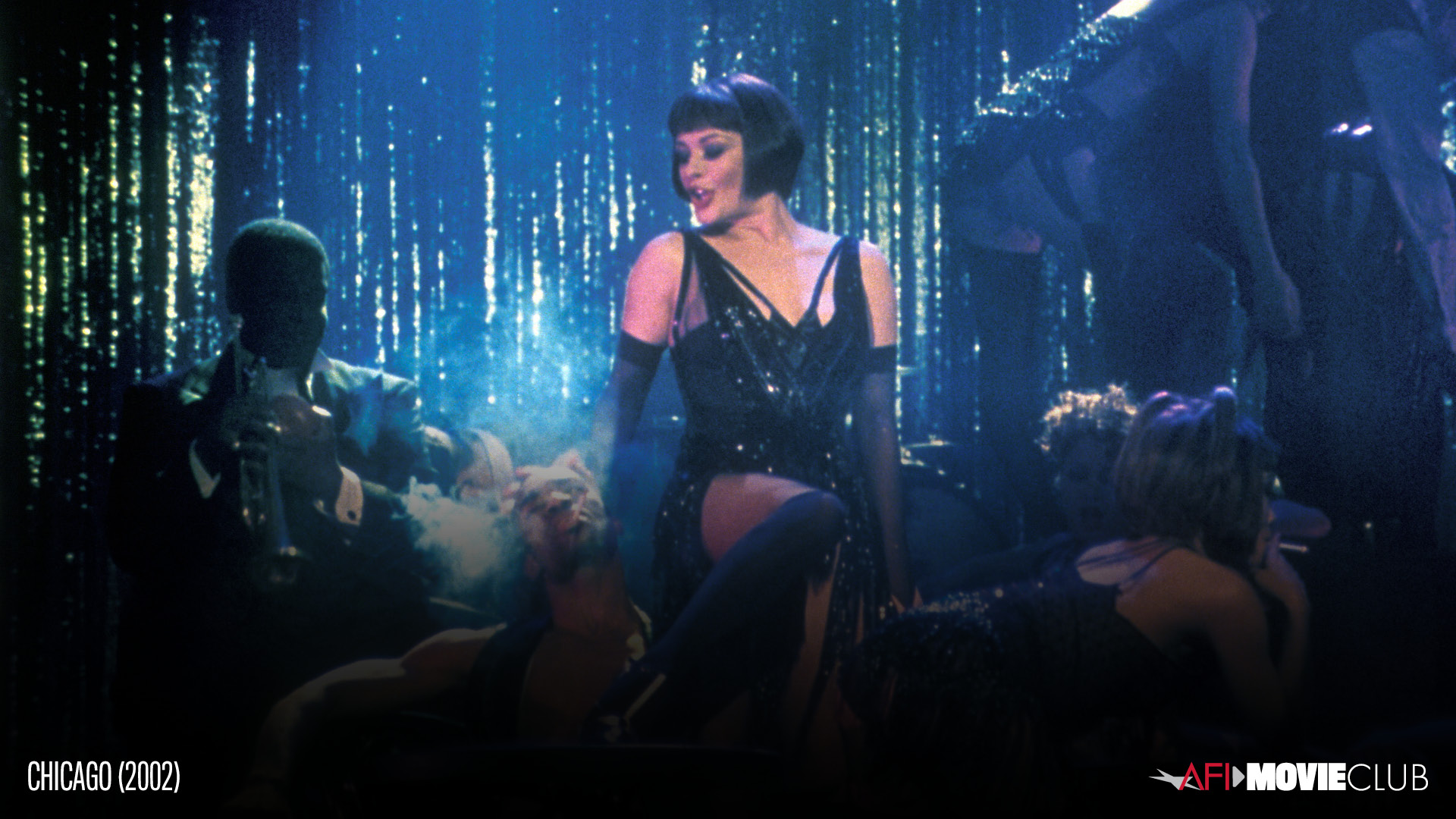 CHICAGO was honored with an AFI AWARD in 2002 and appears on two of AFI’s lists of the greatest American films – AFI’s 100 YEARS…100 SONGS and AFI’s 100 YEARS OF MUSICALS!

–DID YOU KNOW the film is based on the 1926 play “Chicago” written by Maurine Dallas Watkins, which was inspired by two different real-life murder trials?

–DID YOU KNOW that Ginger Rogers portrayed the lead in a 1942 adaptation of “Chicago” called ROXIE HART? It was actually the second film adaptation – the first was a silent version in 1927!

–DID YOU KNOW that other actresses considered for earlier cinematic adaptations of CHICAGO include Goldie Hawn, Liza Minnelli and Madonna?

–DID YOU KNOW Rob Marshall made his feature film directorial debut with CHICAGO? He had previously only worked on stage and had directed the TV adaptation of the musical ANNIE.

–DID YOU KNOW the staging of the circus-like “Razzle Dazzle” number and the subsequent courthouse sequence were inspired by the 1995 O. J. Simpson murder trial? The filmmakers looked at the way in which Simpson’s primary attorney, Johnnie Cochran, turned potentially damning evidence against the prosecution to win an acquittal for his client.

–DID YOU KNOW that the film is dedicated to Bob Fosse, Gwen Verdon and Robert Fryer? Among their notable theatrical productions was the iconic 1975 stage version of CHICAGO, which served as a major inspiration for the film.

-What are some of your favorite musicals?

-Which of CHICAGO’s dance numbers is your favorite?

-What other memorable movie musical dance numbers come to mind?

-What do you think is it about Roxie Hart’s story that has filmmakers returning to it again and again for almost a century?

-What do you think has changed about our world since the time of Roxie Hart’s story? What aspects of the world do you think are as true now as they were when Roxie’s story takes place?

-How do you rank CHICAGO?

Legendary songwriting team John Kander and Fred Ebb, who wrote the music and lyrics for “Chicago,” talk about the film adaptation of their hit Broadway musical in this exclusive AFI Archive video:

Where to Stream CHICAGO: View options