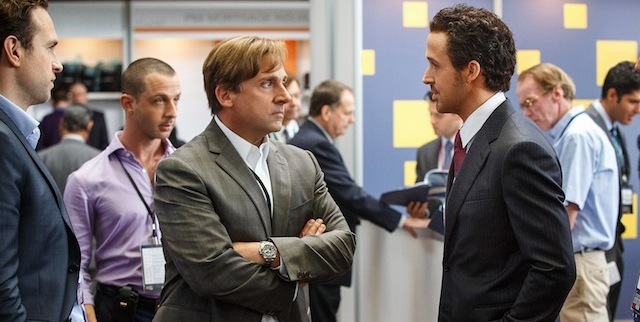 World Premiere of THE BIG SHORT To Close AFI FEST 2015

AFI FEST 2015 presented by Audi is bringing another world premiere to this year’s festival…and it’s a “big” one.

The Paramount Pictures and Regency Enterprises film THE BIG SHORT will be the Closing Night film of AFI FEST on Thursday, November 12 at the TCL Chinese Theatre in Hollywood. Directed by Adam McKay with a screenplay by Charles Randolph and Adam McKay, the film stars Academy Award® winners Christian Bale, Brad Pitt, Melissa Leo and Marisa Tomei; Academy Award® nominees Steve Carell and Ryan Gosling; and Hamish Linklater, John Magaro, Rafe Spall, Jeremy Strong and Finn Wittrock. The film is based on the Michael Lewis book, “The Big Short: Inside The Doomsday Machine.”

“Great movies demand that we look at our nation and ourselves with an unblinking eye,” said Jacqueline Lyanga, Director of AFI FEST. “THE BIG SHORT is the perfect exclamation point to our presentation of the year’s best films for its equally humorous, humbling and heart-pounding take on today’s America.”

Ensure a seat at the festival today with one of our Patron Packages and Express Passes — a limited number are now on sale.

The 29th edition of AFI FEST will take place November 5–12 in the heart of Hollywood.

THE BIG SHORT will open in theaters nationwide on December 11, 2015. Watch the film’s trailer below.

Saw months ago @ Paramount, good film to see about the time period