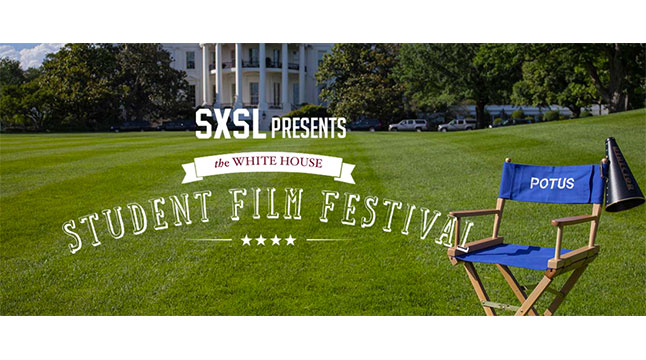 The third annual White House Student Film Festival, a collaboration between AFI and the White House, will take place this Sunday, October 2, 2016. Watch it as AFI streams it live on Facebook that day starting at 1:00 p.m. EST / 10:00 a.m. PST.

K-12 student filmmakers submitted over 700 films that incorporated the theme of this year’s festival — “The World I Want to Live In” — and official selections will screen in the East Room of the White House. AFI was born in the White House Rose Garden, and since that day has trained thousands of filmmakers whose stories have illuminated screens throughout the world. AFI is proud to continue working with our nation’s leaders and we are honored to collaborate with the White House  to encourage the youngest of storytellers to bring their voices to the art form.

Special guests at the 2016 White House Student Film Festival will include STRANGER THINGS creators Matt and Ross Duffer along with the show’s executive producers Dan Cohen & Shawn Levy and President’s Committee on the Arts and the Humanities member Alfre Woodard.

Three official selections from the White House Student Film Festival will screen as part of the South by South Lawn festival on Monday, October 3, 2016, and the screenings will include appearances by members of the STRANGER THINGS cast: Millie Bobby Brown, Gaten Matarazzo, Caleb McLaughlin and Finn Wolfhard.

Following the White House event, AFI will continue to nurture these young artists and their storytelling skills by providing Film Fest participants with one-on-one mentorships with alumni from the AFI Conservatory.

Since the festival began in 2014, AFI has worked on President Barack Obama’s program as an advisor and producer, reviewing submissions and creating educational opportunities for the selected young filmmakers.