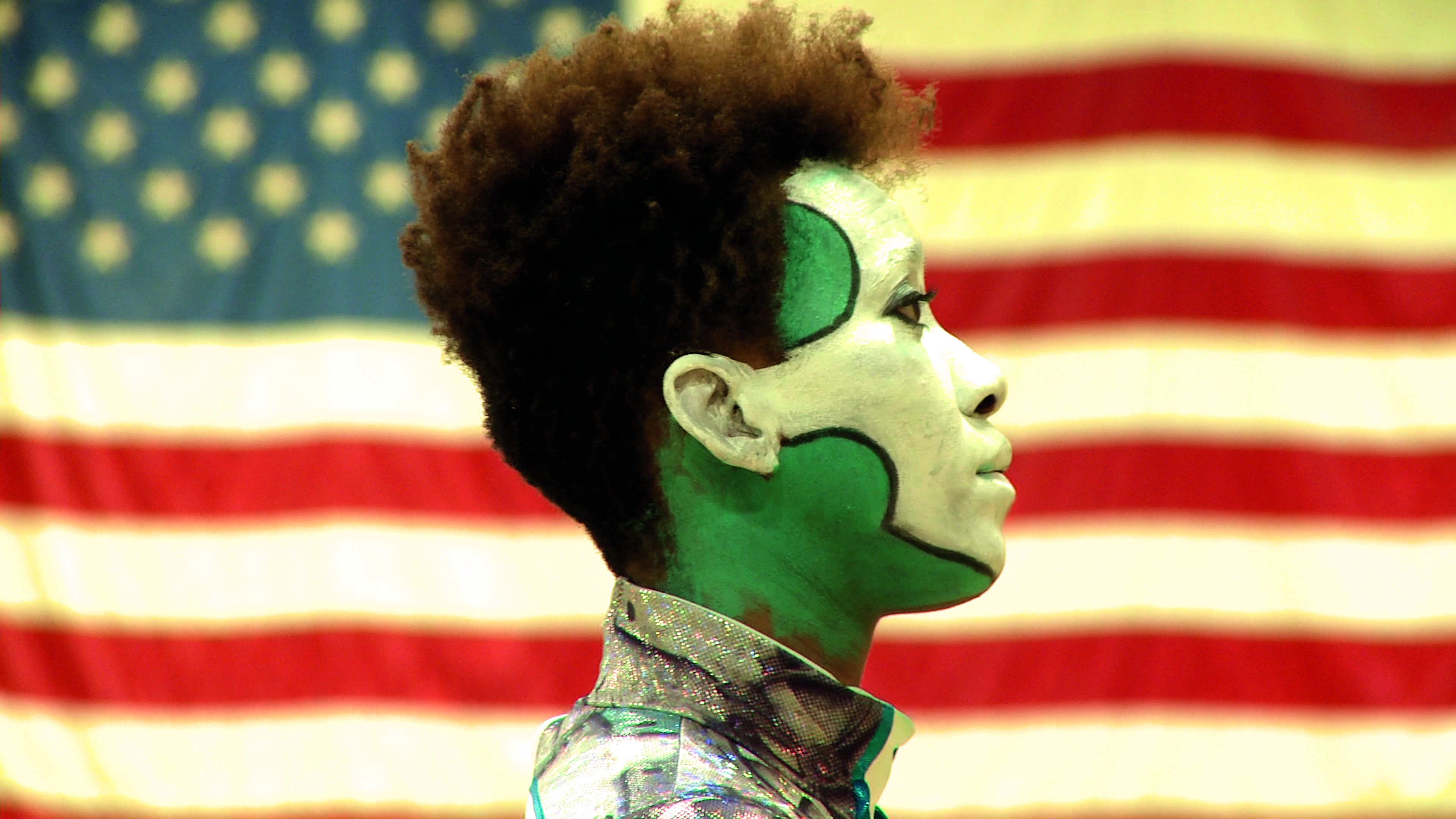 Bill and Turner Ross are AFI FEST alumni with their film TCHOUPITOULAS (AFI FEST 2012). We caught up with them to talk about their latest documentary, CONTEMPORARY COLOR, which premiered at the 2016 Tribeca Film Festival and will be screening this week at AFI DOCS.

The film documents the Contemporary Color concerts organized by David Byrne, pairing a diverse lineup of musicians including St. Vincent, Dev Hynes and former Beastie Boy Adam Horovitz with high school color guard groups from across the U.S. and Canada.

Those films each took a year of shooting in which we were able to immerse ourselves and acquiesce to longterm developments. This one didn’t allow for just showing up and looking around. We had to compose our ideas in advance, predicting and speculating. While the theory was the same from the previous films — approaching an environment within a time frame and digesting its unique particulars — the approach was distinctly different. The scope was smaller, the window of time minute.

With CONTEMPORARY COLOR, you take what could have been a straightforward chronicle of a live performance and infuse it with your filmmaking style. Talk about your approach to filming this concert.

There were dangers in approaching this subject matter. It could have been eaten alive by celebrity, or fallen flat, mired in its own specificity. We weren’t interested in regurgitating the canon of concert films — those marquee pieces will forever stand alone and inspire. We had a unique opportunity in front of us to transcend any one thing: the concert film, the performance film, the backstage VIP doc. We were more interested in the magic and mystery of something truly particular, a space populated by unique people in an egalitarian moment with aesthetic cues harkening back to THE MUPPET SHOW and WrestleMania — for us anyway. There was something really beautiful about all of us (film crew, musicians, color guards, event team) sharing such a brief amount of time, seeing if we could pull it off. It had a lot of heart to it and we tried to carry that over into the movie.

How did you get involved in documenting the Contemporary Color performances? How long before the events took place did you know you would be filming them?

Through our producers we took a meeting with David Byrne, who wanted a document for this spectacle he was creating. He pitched his show to us and we didn’t really know what to make of it. We weren’t sure how it fit in with our own forward vision. But we did as we always do. We took a moment to imagine what it could be, in an ideal world where anything can happen. We saw that this thing could be so much bigger than the sum of its parts. It could be a document and an experience and a celebration; an art piece and a sporting event and a late-night stoner movie; it could be ballet and rock-and-roll. We pitched that idea back to David and he didn’t flinch. So we put the wheels in motion. We worked together for seven months putting together the video content for the show, its arc and the story’s trajectory. The whole process was so collaborative and open. We had the freedom not only to make the movie we set out to make, but to contribute to the inception of its content.

For your other films, in addition to directing you also were the cinematographers. But to capture an event of this size and scope, you worked with a team of filmmakers and cinematographers. What was that process like for you? How did you pick your collaborators and was there a visual motif you were all working toward?

We would have done this ourselves if we could. But we couldn’t. Not this time. This was a true test of letting go, and so we went with it. We collected some of our favorite shooters from the region, most of whom direct their own films — thinkers, dreamers, doers — and we gave them directives that suited their unique strengths. So while we certainly dictated what needed to be captured, we left the interpretation of that explicitly up to our DPs. In giving them the freedom to be themselves, they absolutely crushed their individual mandates. We were all gunning for the same goal. But above all this was a gargantuan technical feat, one far beyond our aptitude, so we recruited Jarred Alterman to be our lead collaborator. He was able to speak the language of lenses and lights and generally manage the technical needs of production. We met for months to develop the look of the film in advance of its shooting. Jarred helped us to articulate some of our more esoteric ideas. A vision’s just a vision until it becomes actionable. Making this thing actionable took a team. The whole thing was an act of trust.

You both have navigated the festival circuit a few times now with your previous films. Are there any lessons learned along the way that you want to share with filmmakers who are deciding on a festival to submit to or premiere at?

Don’t be too haughty, and don’t be too humble. Give your film a chance to find its right audience. That may not be the marquee festival. But should you be so fortunate, remember why you’re there.