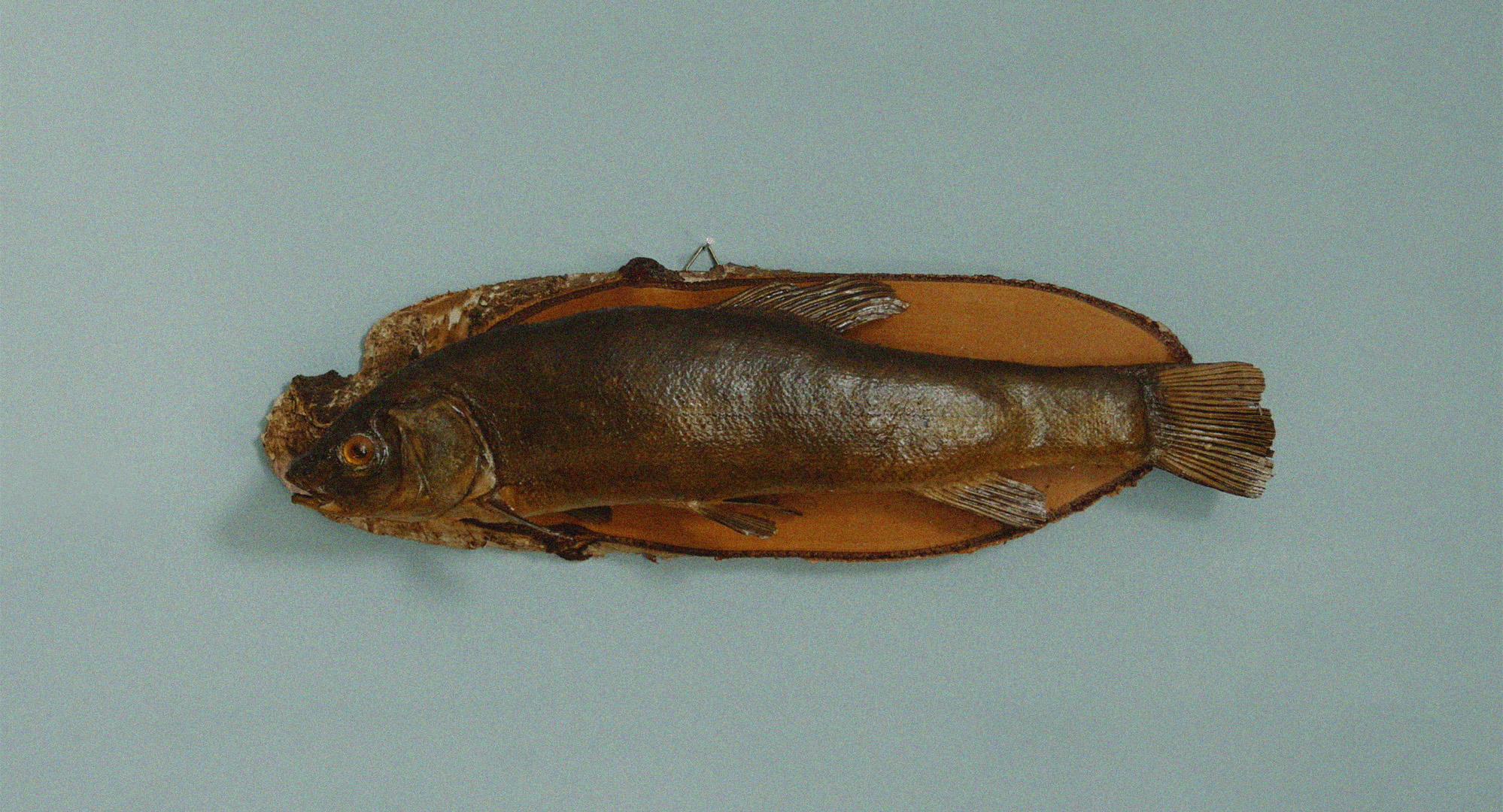 Charlie Lyne is an AFI FEST alumnus with his feature film FEAR ITSELF (AFI FEST 2016). AFI spoke to Lyne about his new short film, FISH STORY, which was  just released online and won the Short Film Audience Award at AFI DOCS. The film investigates a mysterious gathering rumored to have taken place in 1980s Wales, at which an unlikely group of people with one thing in common came together.

AFI: You work in both short and feature-length formats. Is the short format more freeing compared to feature-length? Is it harder to tell a story in a much shorter length?

CL: I think stories can lend themselves to all kinds of runtimes, and one of the great sadnesses of contemporary film culture is the rigid distinction we draw between short and feature-length filmmaking. I’m lucky to have told a lot of stories that wound up being around 90 minutes long, or under 15 minutes long, because there are so many opportunities to show films of those lengths. People whose stories naturally end up 50 minutes long are f—-d!

That said, there are definitely unique charms and challenges to telling a story over a short runtime. For one thing, you can maintain a level of energy or visual dynamism that might be exhausting at feature-length, and you’re free to flout traditional narrative conventions without worrying that an audience will feel stranded. I think viewers are generally more patient and open-minded when it comes to shorts.

AFI: At what point in hearing this story did you decide you wanted to film it? Did you face any challenges as you tried to trace the people involved?

CL: I’ve known Caspar Salmon for a long time, but it was only a few years ago that he made the mistake of telling me the story of his grandmother’s attendance at a gathering for the preeminent fish-surnamed people of North Wales. After that, I couldn’t introduce him to anyone without immediately forcing him to retell the story, and each new telling (which seemed to be stranger and more labyrinthine than the last) would make me die laughing all over again. Finally, I talked him into committing the story to film.

The process of making FISH STORY was a genuine voyage of discovery, as I honestly never imagined my investigation would lead anywhere. I thought the film would wind up being about the futility of trying to prove what was, more than likely, a family myth. Obviously, it didn’t turn out that way, which was as thrilling to me as it hopefully now is to viewers.

AFI: You also work as a journalist. How does that experience lend itself to the style of documentary you work in?

CL: I’ve always identified more as a critic than a journalist, partly because I’m far from rigorous when it comes to journalistic practice. Weirdly, this film is by far the closest I’ve come to actual investigative journalism, which seems odd given that it’s about fish surnames, and that my investigative methods — which consisted mainly of looking people up in the phone book — were so rudimentary.

Still, now that the film has been picked up by The Guardian, I fully expect to see it honored at next year’s Pulitzers.

AFI: Your films have screened at festivals all over the world. As a filmmaker how important do you find it to travel with your films to festivals? Do you have any advice for other filmmakers who are trying to figure out how to navigate the film festival landscape?

CL: I can track a huge number of filmmaking opportunities I’ve had in recent years back to specific moments at festivals. There are so few other places where you’re surrounded by likeminded individuals from all over the world, and in a context of heightened artistic engagement — both with the films screening and the ideas being expressed all around you. I couldn’t put a price on it.

That said, the literal price of it can render festivals an impractical luxury for filmmakers just getting started in the industry, especially short filmmakers whose travel and accommodation is rarely paid for by the festivals themselves. Schemes like the British Council’s Shorts Support Scheme, which funds the travel of UK filmmakers like me to international festivals, are therefore invaluable. It’s just a shame so few countries have them.

Ultimately, as the line between short and feature filmmaking becomes more and more blurred — as it inevitably will — I hope and expect that festivals will begin to offer equal provisions to visiting filmmakers, whether their films run 10, 50 or 200 minutes long.