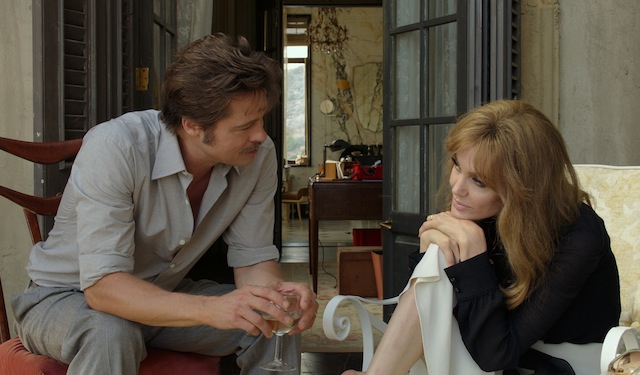 Angelina Jolie Pitt’s third narrative feature, BY THE SEA, centers on a married couple (Jolie Pitt and Brad Pitt) in the 1970s on vacation in a small seaside town, struggling to save their relationship. The film, set in France, is based on an original idea by Jolie Pitt.

AFI: The film’s narrative and its characters are evocative of French and Italian films of the late 1960s and 1970s. Were there any specific films that served as an inspiration as you wrote and directed BY THE SEA?

Angelina Jolie Pitt: No. But I was conscious of the creative freedom that artists had at that time. That was an influence and something we were trying to explore.

The time and place in which this film is set are essential to how the couple relate to each other and the emotional crisis at the heart of the story. Was this always a story that was set in the 1970s, or did this evolve as you wrote and developed the characters and the script?

It was always set in the 1970s because it was a very unique and rich time for art and politics.

What was the most challenging aspect of writing a script that you knew that you would direct and star in?

I did not write the script with a plan to direct it or act in it. I would never have written with such freedom if I thought I would end up acting in it myself.

The film exhibits a confidence of vision and an artistic vulnerability that is truly impressive. And the film’s visual style — its cinematography, production design and costumes — is exquisite. What was your vision for the visual style of the film?

The grief is somehow magnified by the elegance and beauty all around them. The room is stunning, and the light is extraordinary. But in the end, it is simply a beautiful cage if the characters are broken internally.

The world premiere of BY THE SEA will open AFI FEST 2015 on November 5.