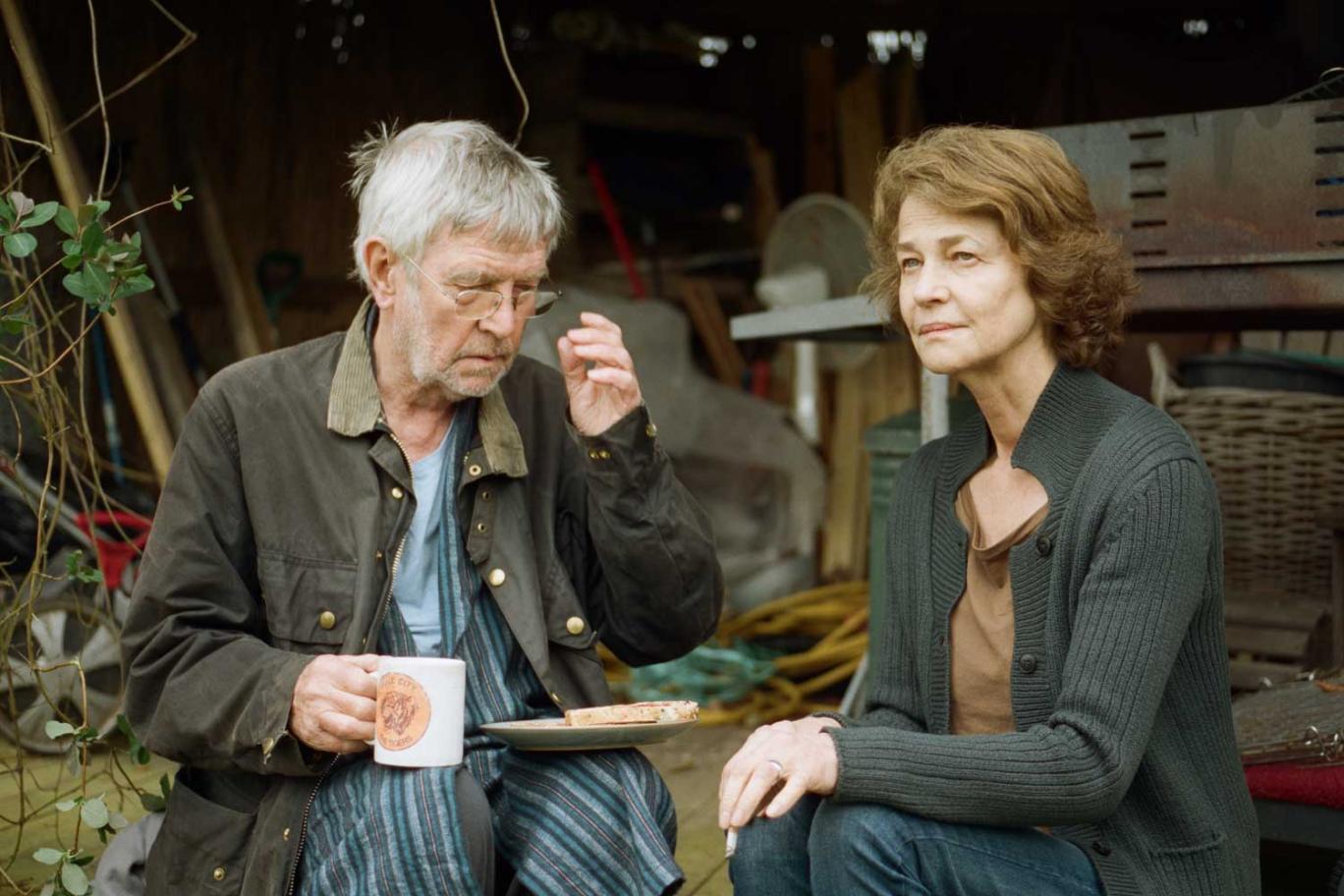 45 YEARS, British director Andrew Haigh’s follow-up to his acclaimed gay relationship drama WEEKEND (2012), is a deceptively low-key film that packs a powerful emotional punch. UK screen icons — and AFI FEST 2015 presented by Audi Tribute recipients — Charlotte Rampling and Tom Courtenay star as Kate and Geoff Mercer, a couple one week away from celebrating their 45th wedding anniversary. As they prepare for a party honoring the milestone, a letter arrives revealing that the body of Geoff’s first love has been found frozen in a glacier. The news of the discovery shakes their seemingly rock-solid marriage to the core. Haigh adapted the screenplay from poet David Constantine’s spare, elliptical short story “To Another Country.” Rampling and Courtenay deservedly won Silver Bear Awards at the Berlin International Film Festival for their delicate and quietly devastating performances.

AFI: David Constantine’s story is only 10 pages long. What challenges did you face turning it into a feature-length film?

Andrew Haigh: What was so beautiful about the original story was this central idea, this past event breaking into the present and having a profound effect on a seemingly stable marriage. There was also something so singular and haunting about the image of that body perfectly preserved in the ice, like a ghost reminding us of our youth and potential. The adaptation for me was about finding ways to expand the story and highlight the themes present in those 10 pages. I gave the story its drive by adding the wedding anniversary party. I also lowered the ages of the characters. It was important to me that this was a story about two people who could still make choices, who were still searching for understanding. I also made a decision to change the point of view of the story from the husband to the wife. It was so interesting to me to tell the story from her perspective. It’s as if her husband’s existential crisis infects her, forcing her to ask her own questions, forcing her to look back at her life.

You’ve said in interviews that you didn’t envision specific actors while you were writing the script. What did Charlotte Rampling and Tom Courtenay bring to the roles of Kate and Geoff that surprised you?

I did not have them in mind only because I hate to be disappointed and in many ways did not imagine I could ever get actors of their caliber. To me, they are the film. Their performances are so layered and complex, so vulnerable and open. Charlotte brings this incredible strength to Kate that when I watch her character fighting to keep herself together, fighting to keep her emotions in check, it breaks my heart; and what goes on behind that face, those eyes, is like a symphony. Tom astounded me each day, giving his performance a sensitivity that I don’t think I’ve seen before. His character goes through so much in the film and it always feels true and deeply honest. Both of them are incredible to me.

Aging and time are powerful undercurrents in the film. Did your experience making 45 YEARS change your feelings about the process of aging at all?

I don’t think so. For me, what was important was that this story was about two older people that were still engaged with their lives. I have always imagined that the struggle to understand your life is something that continues and evolves. It does not end when you reach middle age and if anything the questions become more important.

Charlotte Rampling’s performance in the long, slow take that ends the party scene is quite remarkable. Can you talk about how you and she achieved that moment?

It was the last thing we shot and we always knew that it would be one long extended take. For me, it was about the moment that Kate falls through the ice. She has been standing on that frozen water all week, trying to avoid the cracks and in that moment the ice breaks. I think that Charlotte and I had got to a stage where we knew exactly what that scene had to achieve and very little needed to be said between us. Six weeks of filming had gone by and we were ready for that moment.

Both WEEKEND and 45 YEARS explore the fragility of relationships. Do you feel it’s possible to truly know another human being, or are the sands always shifting under our feet?

I think it is very hard to truly know someone and for them to know us. It is always going to be a struggle because we are always changing and evolving. That is not to say that relationships cannot work because of course they can. We just need to be open to the fact that we are not set in stone.

45 YEARS screens at AFI FEST 2015 on November 11 along with a Tribute to the actors, and on November 12 as a Special Screening. Watch the trailer below.