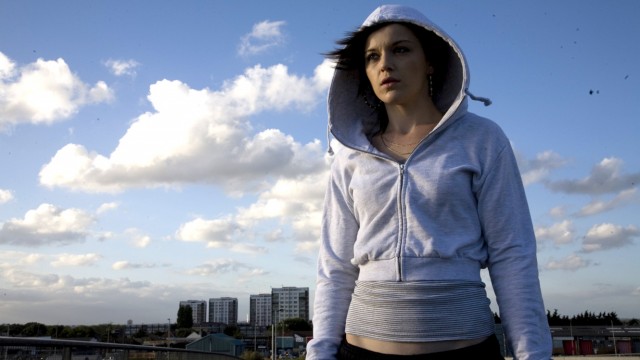 New Auteurs: A Look Back at AFI FEST’s Competition Section

In 2009, AFI FEST introduced New Auteurs, a competitive section designed exclusively to raise the profiles of first- or second-time feature filmmakers. This section offers a launch pad for emerging new voices with whom we are eager to connect audiences.

New Auteurs selections are eligible for prizes awarded by an esteemed jury of critics, writers and editors from the film community. Filmmakers who have flourished after competing in this section include Xavier Dolan (I KILLED MY MOTHER), Justin Kurzel (SNOWTOWN), Corneliu Porumboiu (POLICE, ADJECTIVE), Athina Rachel Tsangari (ATTENBERG) and Joachim Trier (OSLO, AUGUST 31).

With the 2015 competition ahead of us, AFI FEST Director of Programming Lane Kneedler takes a look back to see the impressive ways the competition’s winning films have fared since premiering at the festival.

In the competition’s inaugural year, the Grand Jury Award was a tie.  Andrea Arnold’s British coming-of-age drama FISH TANK and Javier Rebollo’s absurd dramedy WOMAN WITHOUT PIANO both took home the prize. WOMAN WITHOUT PIANO went on to win several other awards that year, including the Silver Shell at the San Sebastián Film Festival. FISH TANK was Arnold’s second film, and while she was not in attendance at the awards ceremony, the movie’s then up-and-coming co-star Michael Fassbender accepted the award on her behalf. The film was distributed by IFC Films the following year, to strong critical reception.

For the New Auteurs section’s second year, it was audiences, not a jury, who picked the best of the fest. The top prize went to Cheol-soo Jang’s South Korean splatter-filled revenge drama BEDEVILLED.  In 2013, Jang followed up the film with the action comedy SECRETLY, GREATLY, one of the biggest Korean box office successes of all time.

The Grand Jury Prize went to Julia Loktev for THE LONELIEST PLANET, starring Gael García Bernal.  The jury singled out the film “for its bold exploration of societal structures and gender roles, set against a landscape that conveys both profound beauty and profound alienation.” The film was later distributed by IFC Films to great acclaim.

Gabriela Pichler won the Grand Jury Prize for EAT SLEEP DIE, which the jury described as “a sensitive portrait of a young woman fighting to keep her job and her dignity in the globalized economy, driven by an energetic performance from Nermina Lukac,” and praised it as “an extraordinary work accessible to many audiences.” EAT SLEEP DIE also won the Critics’ Week audience award that year at the Venice International Film Festival and was Sweden’s Foreign Language Oscar® entry.  At the 2015 Cannes Film Festival, Pichler announced the start of production on her second feature.

NOTHING BAD CAN HAPPEN, from first-time filmmaker Katrin Gebbe, won the Grand Jury Prize. In honoring the film, the jury stated: “The true story of a homeless Christian teenager adopted by an abusive family who tests his ability to turn the other cheek. Many, many bad things happen. But the blessing is discovering first-time filmmaker Katrin Gebbe and her incredible ensemble, who have braved their own tests — boos and walkouts, nothing too bloody — in order to bring us this powerful movie.” This searing drama was later released stateside by Drafthouse Films.

With the exception of the non-juried 2010 edition of the festival, this was the fifth year in a row to see a female director take the Grand Jury Prize.  Israeli filmmaker Shira Geffen won the award for SELF MADE, about crossing the Israeli-Palestinian border and the interior lives of women pulled across these lines.

This year’s competition is formidable, with the number of female filmmakers at an all-time high of seven out of the 11 filmmakers, representing countries as diverse as Colombia, Guatemala and Turkey.

Some of the films have already scored major awards at international festivals, pointing to another strong year for the New Auteurs section at AFI FEST.

For the full list of titles in this year’s New Auteurs section, download the AFI FEST app or see the Film Guide at afi.com/afifest.