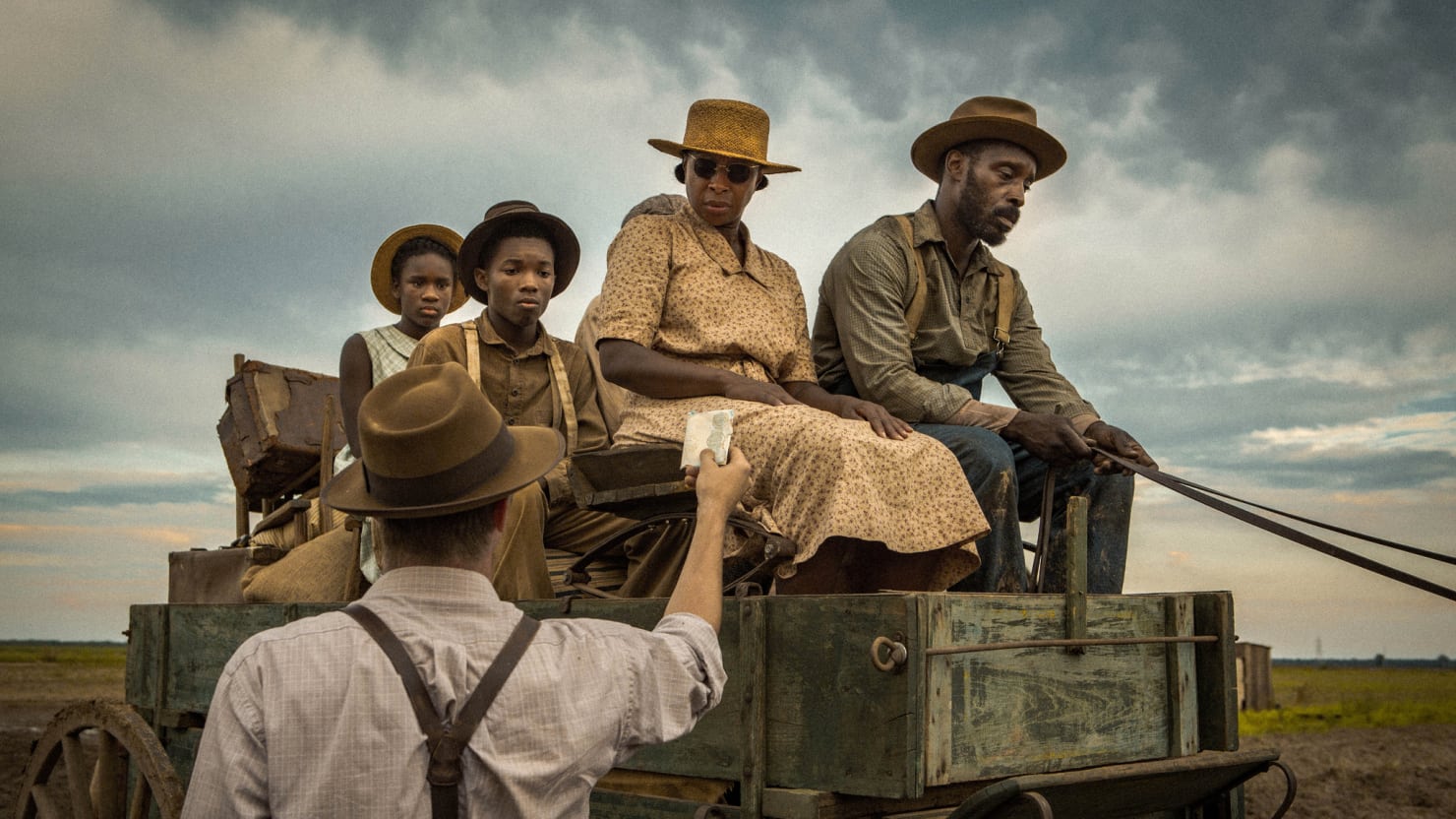 Set in the rural American South during World War II, Dee Rees’ MUDBOUND is an epic story of two families pitted against one another by a ruthless social hierarchy, yet bound together by the shared farmland of the Mississippi Delta. MUDBOUND follows the McAllan family, newly transplanted from the quiet civility of Memphis and unprepared for the harsh demands of farming. Despite the grandiose dreams of Henry (Jason Clarke), his wife Laura (Carey Mulligan) struggles to keep the faith in her husband’s losing venture.

Meanwhile, Hap and Florence Jackson (Rob Morgan, Mary J. Blige) — sharecroppers who have worked the land for generations — struggle bravely to build a small dream of their own despite the rigidly enforced social barriers they face.

The war upends both families’ plans as their returning loved ones, Jamie McAllan (Garrett Hedlund) and Ronsel Jackson (Jason Mitchell), forge a fast but uneasy friendship that challenges the brutal realities of the Jim Crow South in which they live.

MUDBOUND will be in select theaters and on Netflix on November 17, 2017.

I’m so very excited to see the movie Mudboud with the miss Mary J. Blige nd others nd I’m very happy nd excited miss Blige is up for an award nomination she phenomenal with good acting skills.

Atrended this film recently since i an involved in movies,music , television and theater. Had so much fun talking with Dee Rees and Mary J Blige.Both amazing and wondeful .Garrett Hedlund and the Male Lead star did wonderful and moving performancres as well.