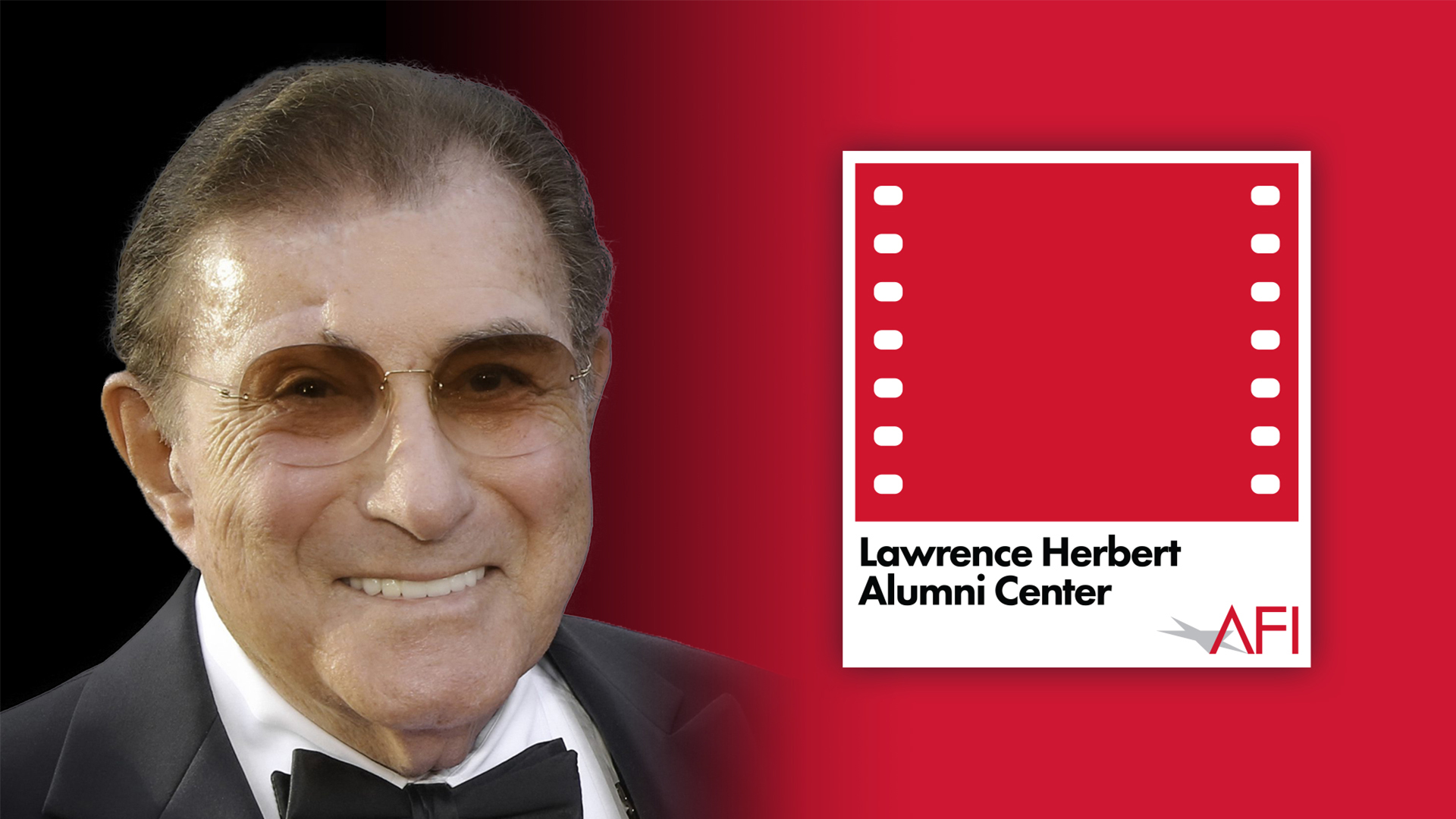 Lawrence Herbert On His $3 Million Dollar Gift to AFI Conservatory

“At this time in history, it is my honor to create a place at AFI that will drive the future of this global connection between all of us who love a story well-told.” -Lawrence Herbert

AFI recently announced a $3 million gift from AFI Trustee Emeritus Lawrence Herbert, which will establish the Lawrence Herbert Alumni Center on the AFI Campus located in Los Angeles, CA, as well as a digital portal, AFI Backlot, to magnify the center’s global reach to alumni.

As part of AFI’s “Focus on the Future” campaign, the grant will enable AFI to increase Alumni Affairs staff and technical infrastructure, provide professional development resources for alumni, engage AFI’s powerful network of mentors to support new graduates and alumni and champion the accomplishments of Conservatory alumni.

Herbert joined the AFI Board of Trustees in 1987 and served until 2017. Former chairman and CEO of Pantone, Inc., Herbert invented the revolutionary Pantone® Matching System®, the global standard for communication of colors, and is often celebrated as one of the world’s visionary entrepreneurs.

AFI spoke with Herbert to discuss how he first became involved with AFI’s mission, his love for movies and the importance of supporting storytelling and the art of moving images.

AFI: You have had an incredible impact on the cultural legacy of America – from revolutionizing the way people communicate with color to your generous philanthropy supporting the arts. How did you first learn about AFI and what inspired you to become more involved?

LH: I was looking for somebody to do some more promotion for Pantone at the time, and somebody recommended Rogers and Cowan and their commercial division. Sometime later, I was introduced to Henry Rogers, the prime guy in Rogers and Cowan. We had dinner, and he asked if I was interested in film. I said, “Well, everybody as far as I know is interested in film.” He asked if I would I be interested in getting involved with the American Film Institute. Well, I thought I’m not really in the film business – and he said, “That’s the point!” They were reaching out to get different kinds of people to have other opinions about what’s going on in the movie industry. He told me to set aside a date to attend one of the AFI Life Achievement Awards. I told him that I’d already been to one – Fred Astaire – I had bought some tickets and tried to get a good seat, but they sat me in a corner near the wall. (Laughs.) That was over 30 years ago, and that’s how I got started with AFI.

AFI: Over the years, you have had the opportunity to attend many of AFI’s celebrations. What have been some of your favorite AFI events and why?

LH:  My favorite are the ones I used to host in New York when Jean Picker Firstenberg (AFI President Emerita) asked me to present awards at AFI’s Maya Deren Awards. And cocktail parties for people like Jack Lemmon and Bob Stack. I enjoyed all of those and all the Life Achievement Awards.

And of course, the most important ones – the graduation of the Fellows from the Conservatory.

AFI: You are uniquely positioned to understand what is best for an institution like AFI to help it thrive. What is your vision for the Lawrence Herbert Alumni Center, and why is it important to have this resource for AFI alumni?

LH: You may not know that my son [Loren] is a graduate of the school. Having gotten to know his experiences as well as his friends’ who were at the school, I got to understanding what their goals were. 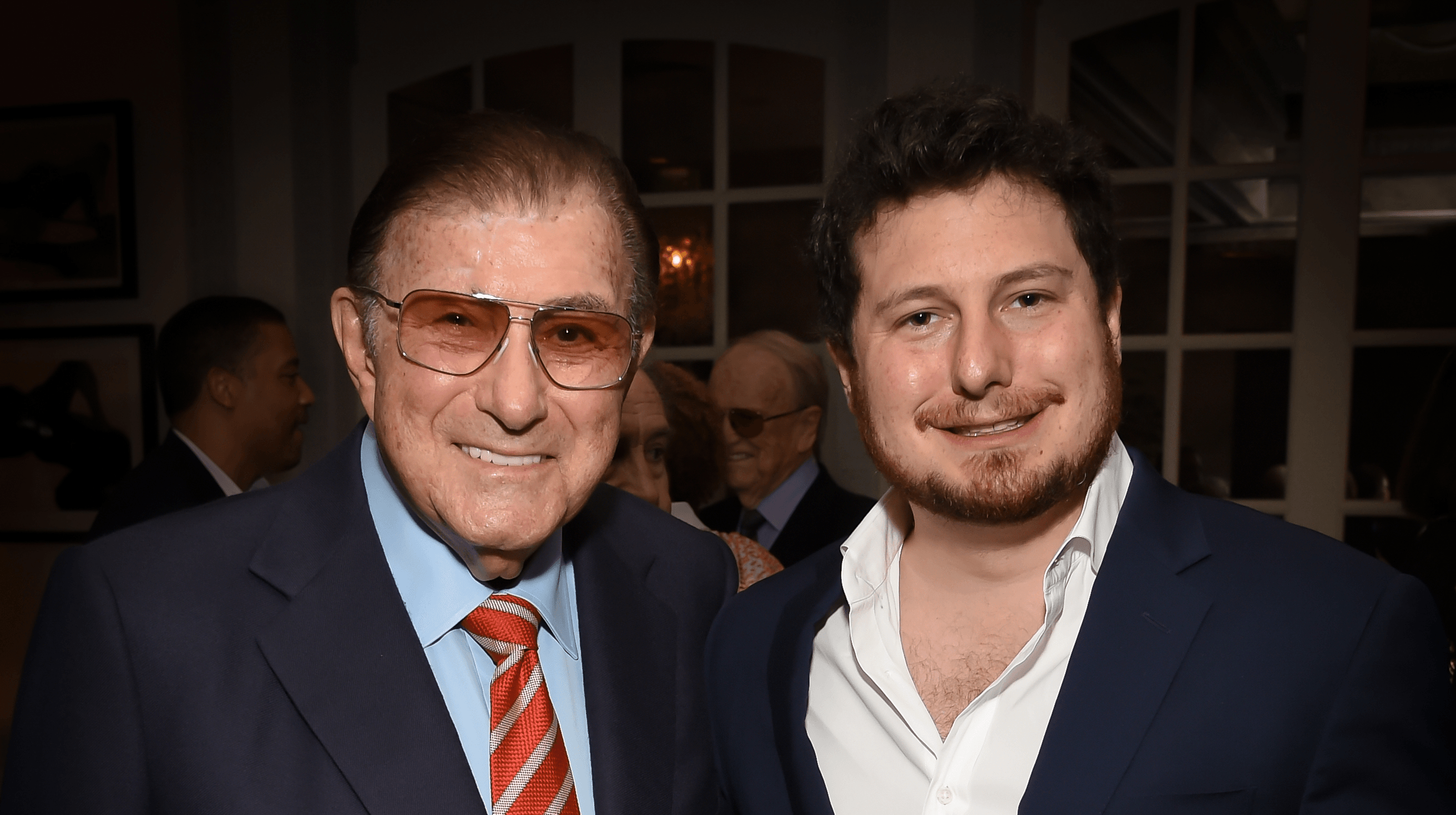 After Loren graduated, I saw what he was going through trying to get a job. It was very difficult and I realized that the graduates needed somewhere to connect with each other and talk about the industry. I started to think, how can I help the kids from AFI? What can I do to help the next generation? I wanted to leave something behind. What AFI is doing in educating these kids. It’s a very important step. Hopefully the Alumni Center will be able to bring alumni a little bit closer together.

AFI: During these challenging times, why do you feel it is important to support film non-profits like the American Film Institute?

LH: We’re in a very tough time right now. The country is under such stress. The important thing is to remember that making films is not just for entertainment – it’s also for documenting our lives. By that I mean, I was in the Korean War from 1951-1953. Recently there was a documentary on public television about it. People don’t know much about the Korean War; we lost so many people, but it doesn’t get the kind of coverage it should get. So one of the things film is doing is documenting what happened during our lifetime. I have always felt film is a great way to educate people. And that is critical.

AFI: What are some of the films that have inspired or delighted you over the years?

LH: There are so many of them. It’s like when someone asks me, “Which is your favorite Pantone color?” I have to say, “They’re all my children. I love ‘em all.” (Laughs.)

My father was a motion picture operator. When I was old enough, he would take me to the theater on Saturday, and I would spend the whole day in the theater because he would work the shift from 12pm to 6pm. I was up in the projection booth, so I saw a lot of movies. The one that really got to me at the beginning – because I liked action – was THE CHARGE OF THE LIGHT BRIGADE with Errol Flynn. Maybe it wasn’t the best film, but to me, it was a moment of connection.

There’s a movie called CINEMA PARADISO and there’s a shot showing this little boy in a projection booth with his uncle. When I saw it, it took me back to that particular time when my father was the projectionist. I love the movies.

I remember when Orson Welles accepted the AFI Life Achievement Award, he said, “Let us raise our cups… To the movies, to the good movies, to every possible kind.”