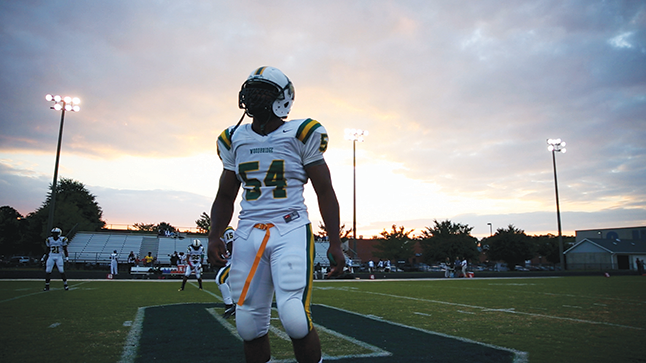 AFI DOCS starts June 17, 2015 and we can’t wait for the festival to begin. Below is an early look at three of the many great documentaries screening this year. Watch these exclusive clips — from DRONE, FIRST AND 17 and TYKE ELEPHANT OUTLAW — right now.

And remember, tickets and passes are on sale now. Buy yours today. Happy viewing and see you at AFI DOCS.

FIRST AND 17: This film will have its world premiere at AFI DOCS. Aggressively pursued by every top football college in the country, high school star defensive Da’Shawn Hand must navigate the intricacies of pressures, emotions and drama as the top-ranked football recruit in America. Hand tries to graduate while making one of the most important decisions of his life. BUY TICKETS.

TYKE ELEPHANT OUTLAW: In this clip from TYKE ELEPHANT OUTLAW, watch witnesses talk about the tragic day that Tyke the circus elephant went on a rampage during a performance in Honolulu, Hawaii in 1994. Yet few who knew the animal’s history — and the inhumane treatment she received in the off-season — were shocked about the incident. Performing-animal abuse isn’t new and continues to make big waves. BUY TICKETS.

DRONE: This film features interviews with citizens who live under constant threat of drone attacks, families of victims of such attacks, activists, analysts and a former drone pilot, this riveting and disturbing film provides a startling look inside a highly covert world often guarded with silence. BUY TICKETS.