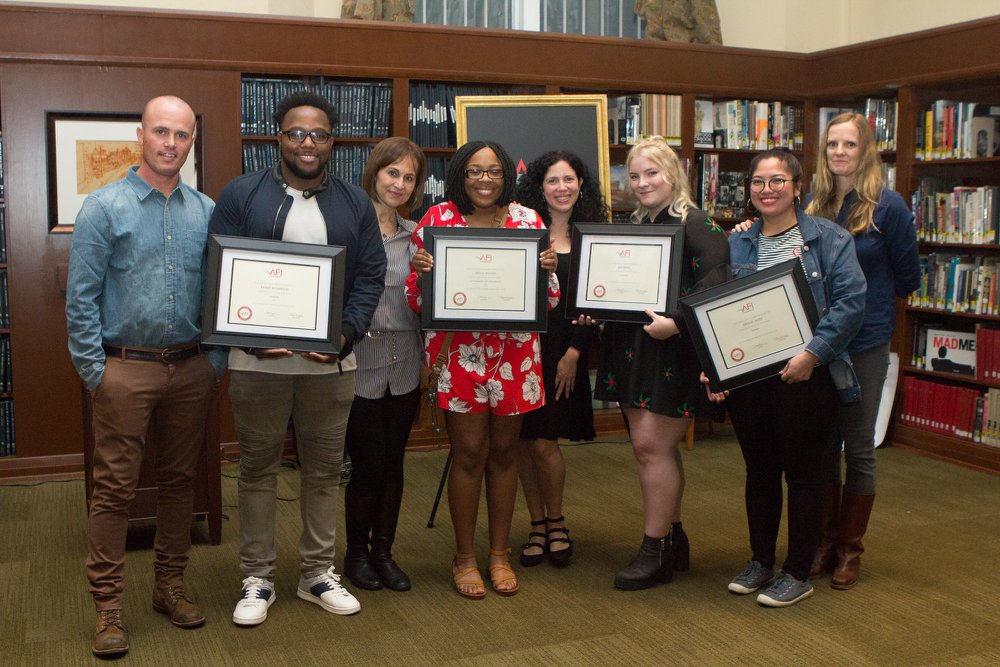 AFI Writers’ Room Ready is a program whose mission is to cultivate the next generation of television scriptwriters by giving graduating Fellows an opportunity to work directly with established artists.

On May 9, 2018, the AFI Conservatory hosted a reception to celebrate the third year of AFI Writers’ Room Ready. Working alumni selected five AFI Class of 2017 recipients. This year’s recipients, and their projects and mentors are:

Recipient: Sheila Wilson, “No Quarter for Wild Beasts”
Mentor: Nastaran Dibai (AFI Class of 1985, writer/executive producer on ACCORDING TO JIM)