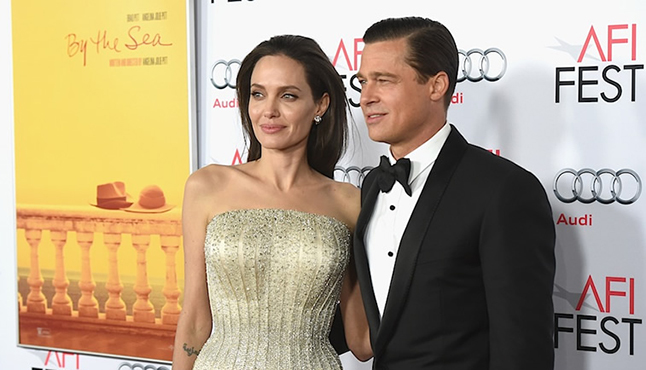 Look back at another successful AFI FEST presented by Audi with interview clips we captured on the red carpet and post-screening panel discussions throughout the festival’s lineup of world premieres, Galas and Special Screenings.

Angelina Jolie Pitt (UNBROKEN, 2014) unveiled BY THE SEA on Opening Night, and revealed on the red carpet why AFI FEST is the right home for the film.  Also in the clip, Brad Pitt explains how they sought to make the film a “family affair” as best they could.

Kent Jones (A LETTER TO ELIA, 2010) returned to AFI FEST for a second time with HITCHCOCK/TRUFFAUT, a documentary revolving around the 1962 conversation between two iconic directors.  In the video, Jones explains how the film, in meta fashion, delves into the art of cinema, using clips from the conversation, Alfred Hitchcock and François Truffaut’s own favorites and commentary from fellow directors.

Todd Haynes (FAR FROM HEAVEN, 2002) and Phyllis Nagy (MRS. HARRIS, 2005) have been enjoying the “dream ride” of guiding their film CAROL “from the beginning of production” all the way to its fall season debut.  In the clip, Haynes describes what inspired his adaptation of Patricia Highsmith’s novel “The Price of Salt,” including his own life experiences and challenges, and why he sought to craft a moviegoing experience that people can relate to.

During a post-screening Q&A, Haynes told the audience in attendance that CAROL is first and foremost a film about falling in love. Star Rooney Mara said that getting the part was “a dream come true.”

WHERE TO INVADE NEXT

Michael Moore (BOWLING FOR COLUMBINE, 2002) unpacked his mystifying approach to documentary at the premiere of WHERE TO INVADE NEXT, revealing that he now “shows up and asks questions,” and that his documentaries are written during editing, not filming.  In the clip, Moore insists that the next generation make movies from their heart about something in which they passionately believe.

Cote de Pablo (NCIS, 2013) and Jacob Vargas (JARHEAD, 2005) talk about the “amazing experience” they had making THE 33. Vargas shares his appreciation for his fellow actors and how they all felt motivated in the “common goal of making a good film.” De Pablo expresses her pride in her country while reminiscing on the “emotional process” of working with a woman.

LANDFILL HARMONIC tells the story of an environmental technician’s quest to bring the power of music to the children of a Paraguayan landfill community. The Recycled Orchestra, a world–touring orchestra of young musicians, have turned trash into treasure, playing unique musical instruments made from recycled materials. In this clip, watch the orchestra perform live following a screening of the film.

CONCUSSION saw its world premiere on the sixth day of AFI FEST. Star Will Smith told us that “as an actor and as filmmakers, that was our quest (in making the film): to tell the truth.”

Michael Caine (THE DARK KNIGHT, 2008) talks about how he felt about the script for YOUTH and Paolo Sorrentino’s (THE GREAT BEAUTY, 2013) talent. Watch the award-winning actor explain why there was no doubt he’d do the film. “I knew I was going to do it before I even read it,” says the screen legend.

A TRIBUTE TO CHARLOTTE RAMPLING AND TOM COURTENAY

In this video from AFI FEST’s Tribute to Charlotte Rampling (RESTLESS, 2012) and Tom Courtenay (DOCTOR ZHIVAGO, 1965), Rampling talks about making 45 YEARS and discusses the intimacy of the small crew and how they experimented with crafting a unique story. Rampling says that the fact that people “want to celebrate [her] is very moving.”

The world premiere of THE BIG SHORT, about the 2008 housing crisis and subsequent global financial crash, closed this year’s festival. Director Adam McKay (STEP BROTHERS, 2008) told us that “this is a story that has to be told.” Star Ryan Gosling added that the film is “loaded with a lot of important information and delivered in a way that’s entertaining.”

For even more videos, head to the AFI YouTube channel here.