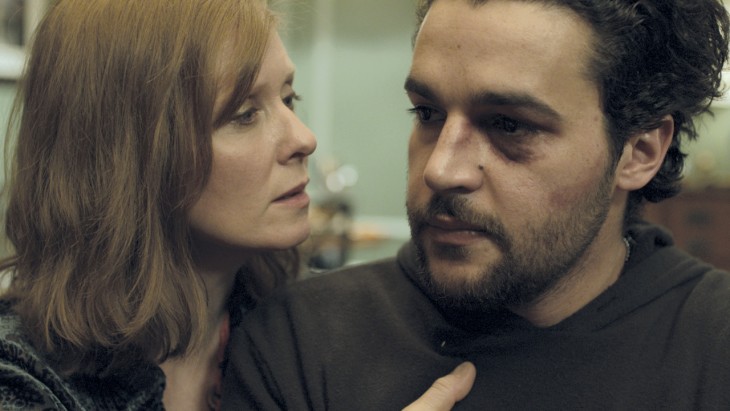 Our American Independents section is a curated showcase for some of the country’s most exciting filmmakers, many of whom have shown work at festivals around the world. When selecting our program for the 2015 edition of AFI FEST, we noticed how well these 10 films complemented and contrasted one another. These diverse filmmakers all have strong points of view and are doing unique, unexpected things in the American indie scene. Here are some highlights of this section’s offerings, as chosen by FEST programmer Jenn Murphy.

Josh Mond’s directorial debut JAMES WHITE, which took the 2015 Best of NEXT Audience Award at Sundance, is an observational coming-of-age drama about a young New Yorker who is forced to take control of his self-destructive lifestyle as he navigates his mother’s fight with serious illness. An alum of AFI FEST as a producer on AFTERSCHOOL (AFI FEST 2009), TWO GATES OF SLEEP (AFI FEST 2010) and SIMON KILLER (AFI FEST 2012), Mond moves into the director’s chair for this very personal film that draws from the experience of losing his own mother to cancer, Mond elicits raw, uninhibited performances from longtime friend Christopher Abbott, and actress Cynthia Nixon, who also lost a mother to cancer and battled the illness herself. These on- and off-screen relationships, along with highly tense visual style, form an intimate, deeply felt film.

Nathan Silver’s STINKING HEAVEN, which premiered at the International Film Festival Rotterdam, is an idiosyncratic and stylized depiction of an early-’90s sober community whose fragile harmony is disrupted by the arrival of a new housemate. Silver has a knack for working with ensembles and capturing dysfunctional communal living. He and his co-writer worked without a script or storyboards and developed the characters along with the actors. Silver and cinematographer Adam Ginsberg shot the film on Betacam to further immerse the audience in the feel of the period.

Khalik Allah’s FIELD NIGGAS, which premiered at True/False Film Fest, is a stylized documentary chronicling summer nights spent at the intersection of 125th Street and Lexington Avenue in Harlem. Allah weaves together stylized portraiture and non-synch audio conversations with the neighborhood’s most oppressed and exhausted inhabitants, giving us a deeper sense of their dreams, regrets, opinions, arguments and observations. The film, which takes its title from Malcolm X’s lecture “Message to the Grassroots” — and was filmed in July 2014 with the death of Eric Garner occurring mid-production — serves as a passionate call to rise above our social constructs and view each other simply as humans.

Chloé Zhao’s debut feature, SONGS MY BROTHERS TAUGHT ME, which premiered at the Sundance Film Festival and was showcased at Directors’ Fortnight in Cannes, is a Native American drama that follows a 17-year-old boy who wants to escape life on the Pine Ridge reservation but struggles to leave the only place he’s ever known. The film is a love letter to the magnificent yet marginalized piece of the American West that is often generalized in its representation. Zhao rises above this to give us a glimpse into the lives of a diverse and vital population by featuring born-and-raised Lakota as the leads in her film.