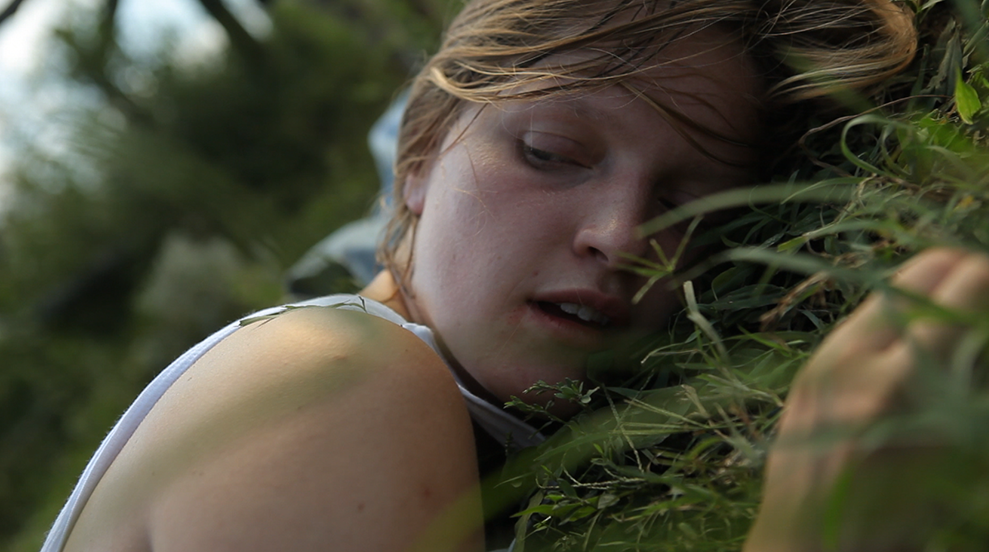 Josephine Decker’s film THOU WAST MILD AND LOVELY is a poetic piece of psychosexual filmmaking framed against the backdrop of a quiet country farm. Akin (Joe Swanberg) has taken a summer job on Jeremiah’s (Robert Longstreet) farm and develops an attraction to Jeremiah’s daughter, Sarah (Sophie Traub). The budding relationship unveils Jeremiah’s jealousy. But Akin has secrets too, and as they begin to surface, his attempts to cover them up lead to a twisty, mesmerizing finale.

The film examines a world of the mind and body, as Decker gives us an unabashed look into isolation, sexual tension and the thin line between love and hate. With Ashley Conner’s cinematography and nuanced performances from the cast, Decker creates a world of shifting perspectives by blending fantasy, reality and a world in which darkness exists just below the surface.

AFI talked with Decker about the film, which screens at AFI FEST presented by Audi.

AFI: What was the impetus for THOU WAST MILD AND LOVELY?

JD: I was obsessed with John Steinbeck; in a terrifying, maddening, totally inspiring relationship with a crazy performance artist; and trying to become a cowgirl. That was my headspace at the beginning. “East of Eden” really brain-childed this into me.  It ‘s one of the best books ever written.  The characters are so dynamic and so human and so generous and so cruel.  What came out of me was a short story, and when I realized that spring that I wasn’t going to walk into a million dollars for my first feature, I started brainstorming what I could make mega-cheap. I realized I had this short story that I loved and was ready to run with.  I cast it quickly and turned it into a script really fast and only had to do a little apologizing to my actors when the final script was 10,000 times darker than any of us thought it would be.

AFI: Your film has a very loose, character-driven approach, yet certain scenes break from reality and enter into the characters’ private sexual fantasies. How do you find these moments, both visually and structurally?

JD: I try really hard not to censor myself while I’m writing.  I think, just like in acting, writing and directing are best done when one is very present and grounded and following instincts versus ideas. The hands dream sequence came to me on a bus ride returning from the Zen Mountain Monastery in New York’s Catskill Mountains after I’d been meditating intensively for five days.  I find that a lot of my ideas show up after meditation.  You clear out the crazy and what’s left are those floating magical elements that I’m sure were a lot more common before man discovered the Internet.  I also believe deeply in magical realism and think that fantasy is often more real than reality.  When is a couple at dinner ever just sitting and talking?  They’re dying and then resurrecting and then throwing wine on each other and then making out all over the dessert table.  So much more happens than we ever see.

AFI: The acting is very naturalistic. What’s your approach with actors? Is there a lot of improvisation in this film?

JD: I think I try very hard to choose wisely in casting and then give my actors a lot of support.  I learned through acting in other people’s films that I love feedback.  Stephen Cone directed me in his film BLACK BOX, and he gave a lot of feedback, and I just found that that allowed me so much safety in my performance. I knew that he would ask until he got what he needed. I try to give that to my actors as well.  If something isn’t working, I won’t move on until it is.

And also, when casting, you’re not just casting an actor, you’re casting a collaborator, and it makes a big difference to cast people who will go with you on the adventure of finding a character.  I was lucky to work with Joe Swanberg, Robert Longstreet and Sophie Traub on this, because they are all incredible collaborators. They want to push themselves. They want to make the best movie they can make, and that means letting go of ego.  Robert and I spent a lot of his first day on set ‘discovering’ Jeremiah.  I love the dark, brooding, sort of depressive but playful man that emerged.

AFI: The landscape and animals that populate the film are characters themselves. What inspired this choice and in what way do these moments shape the film for you?

JD: I think this was a very subconscious decision.  Cinematographer Ashley Connor and I are very influenced and inspired by the places we shoot, and we try to give those places and spaces room to breathe and live in the film.  Plus, Steinbeck is a master teacher in this sense. “The Grapes of Wrath” is such a masterpiece because he lets the landscape tell that story – and that dust’s dark wings swoosh so much deeper than any dialogue could.  I think it’s important for any story to take place inside of the world that birthed it, so I like to be embedded in a location and let the place reveal itself.

THOU WAST MILD AND LOVELY screens at AFI FEST November 7 & 9, 2014. Watch the trailer for the film here.