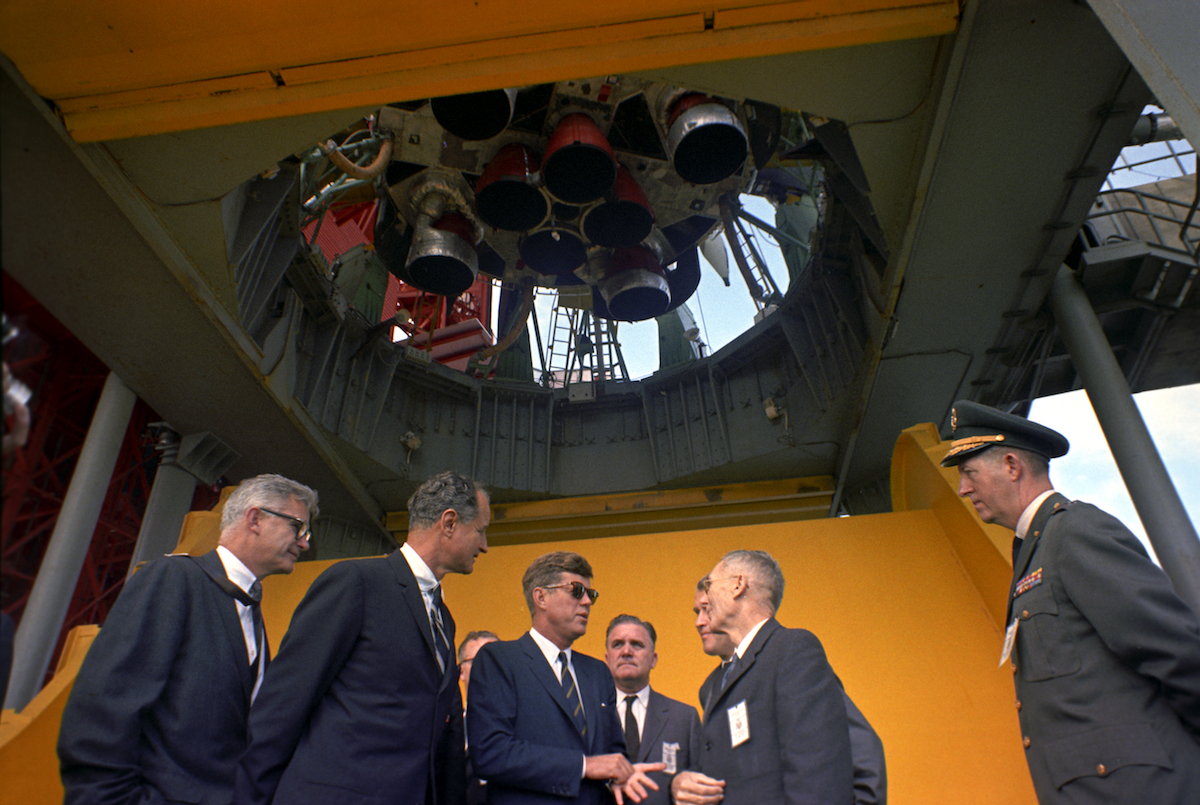 50 years after Neil Armstrong’s “one small step,” CHASING THE MOON chronicles America’s audacious and difficult race to the moon. Using exclusively archival footage — much of which has never before been public — this exceptional series re-contextualizes the social and historical importance of the Space Age and the sheer wonder of the moon landing itself. We spoke with director Robert Stone about the series.

CHASING THE MOON will have its world premiere at AFI DOCS  on Saturday, June 22 . Buy tickets to the screening here.

My first inkling about wanting to become a filmmaker came when my parents took me to see Stanley Kubrick’s 2001: A SPACE ODYSSEY when I was nine years old. Kubrick was the first filmmaker I became aware of, and his film was completely revelatory to me. I started making Super 8 films with my friends shortly after that, and one thing just led to another. I initially thought of documentaries as a stepping stone to narrative filmmaking, but I fell in love with the genre and just kept making docs.

AFI: How did you first become interested in telling a story about the space race? What inspired you to tell it?

I’d seen lots of documentaries over the years about Apollo and the space race but, as good as some of them are, I felt that nobody had ever really captured what it was like (as I remembered it) to be alive at a time when we were leaving the planet for the first time — how it impacted us here on earth and the social and political context in which this momentous achievement took place. I was also aware that there was a massive amount of archival footage beyond the NASA collection that had barely been tapped. So I saw an opening to do something fresh and original for the 50th anniversary and on a scale as epic in its own way as the adventure itself.

AFI: How did you locate and connect with the subjects in CHASING THE MOON?

From the get-go I was very interested in telling this story through the voices (there are no talking heads) of a diverse array of central characters whose personal experiences and observations would add a new dimension this story. I did a number of audio-only interviews — a dozen of which eventually made it into the film. These included a few key astronauts, but also lesser known people like Poppy Northcutt who was the first and only woman in Apollo Mission Control, Ed Dwight who was recruited in 1963 to become the first black astronaut and Sergei Khrushchev, the son of Soviet Premier Nikita Khrushchev who was by his father’s side throughout the early days of the space race and was himself a leading rocket engineer. These are all incredible stories that have never before been told, and there are others too.

AFI: What was a particular hurdle you faced while making the film?

It’s kind of counterintuitive to say, but I think the biggest obstacle I faced was that there is simply so much archival material to wade through in researching this topic. The NASA collection alone is just insanely voluminous, and we went way beyond that, utilizing nearly 100 different archival sources. This is why the film took five years to make. Just honing the story and keeping focused, while at the same time being open to wherever new and surprising material would take me whenever it emerged, was incredibly challenging.

AFI: What do you want audiences to walk away with after viewing your documentary?

I hope that audiences, many of whom have no living memory of the race to the moon, will come away with a renewed sense of optimism about the possibility of solving complex problems, even in times of intense political polarization. Throughout human history, humans have often found common purpose and a sense of being a part of something bigger than themselves by engaging in warfare. The space program was unique in channeling that age-old impulse into a positive human experience. It symbolizes an idea of human potential and progress that is infectious, even to people who thought it a waste of money. It’s a story that is full of hope and optimism about the future, which is something I think we need now more than ever.

AFI: Why is Washington, DC an important location to screen your film?

There’s a powerful political lesson to the film in that it shows that Apollo was as much of a political and public relations challenge as it was a technical one.  It takes more than an inspiring speech to undertake something as bold and aspirational as going to the moon, let alone to sustain that effort over the better part of a decade through multiple administrations. If we’re ever going to undertake a similarly audacious technological challenge, like solving climate change for instance, Apollo is a textbook example of how to be successful.

AFI: Why do you think documentary films are still valuable today?

I think historical documentaries play a particularly important role today. It’s impossible to understand the crosscurrents of today’s political, social and cultural landscape without understanding what came before and what led us to this point. I think there’s a real hunger to better understand the times we live in and documentaries serve that purpose.