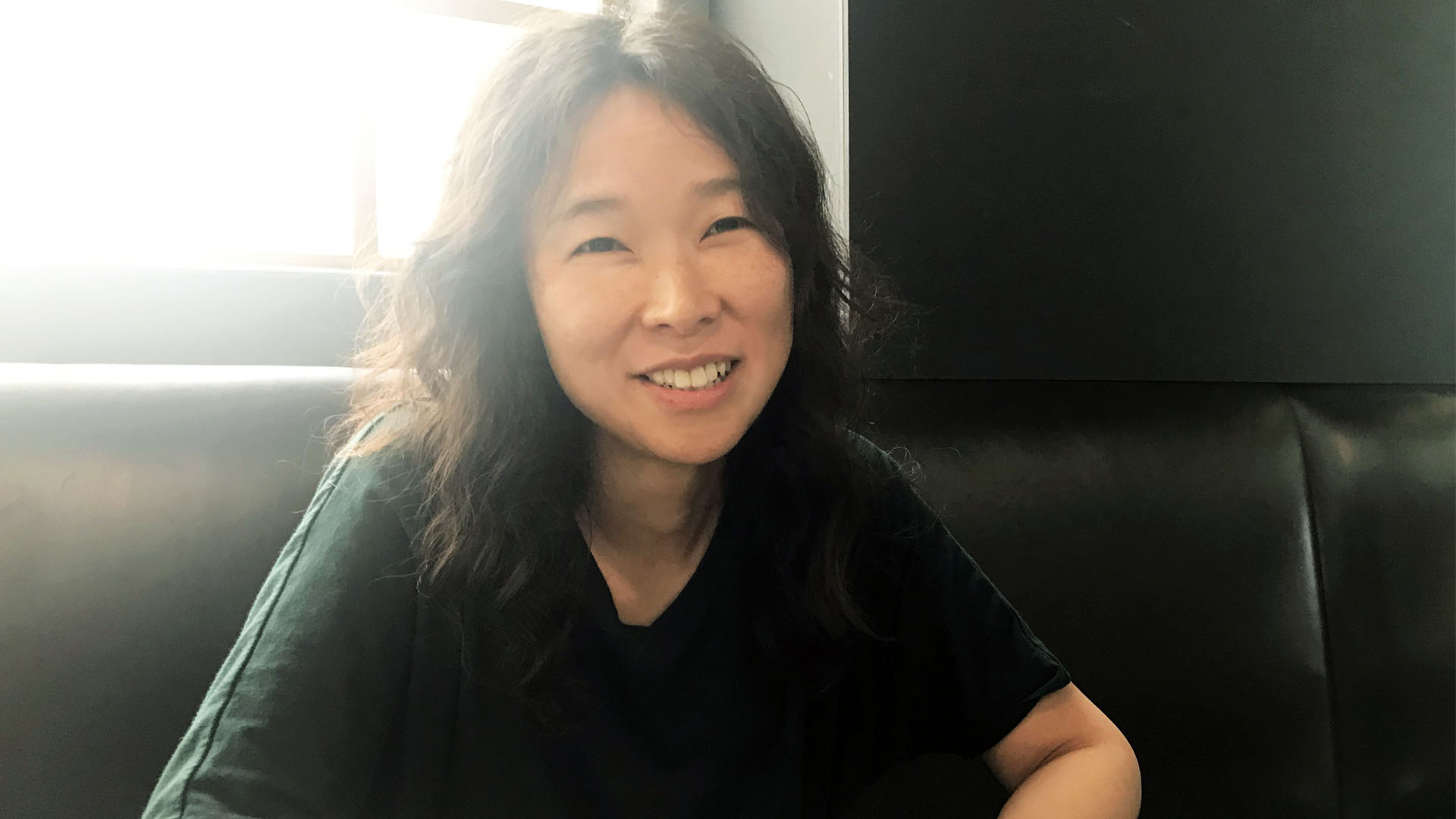 Following her work on the critically-acclaimed THE FAREWELL – a 2019 AFI AWARDS recipient, AFI alum Yong Ok Lee (Production Design, Class of 2013) returned to Sundance for the second year in a row with MINARI – which won the U.S. dramatic grand jury prize and the dramatic audience award at this year’s festival. The film, inspired by director Lee Isaac Chung’s childhood, follows a Korean family in the 1980s as they move from the West Coast and settle in rural Arkansas and portrays the highs and lows of the Korean American immigrant experience.

Originally from Seoul, South Korea, Lee previously worked as a fashion editor in her home country before segueing into production design. Her other credits include THEY, which debuted at the Cannes Film Festival in 2017 and was nominated for the Golden Camera Award, and DEAD WOMEN WALKING, which bowed at Tribeca in 2018.

AFI spoke with Lee about her new film, designing THE FAREWELL and how she has developed her visual aesthetic from project to project.

AFI: What made you want to be a production designer initially?

YOL: When I worked as a fashion editor, an indie director friend of mine asked me to help out on her film as a set costumer. On set, I had a chance to look over the art department and I was very intrigued by how entire film sets could be changed. As you may have guessed, I promptly let go of fashion to become a production designer. Many have asked why I didn’t pursue costume instead, and my answer to that is because I wanted to oversee the visual aspects of film in its entirety.

AFI: When you’re approaching a new project, what’s your starting point? Do you draw directly from the screenplay, discussions with the director or your own independent research? Or is it a combination of all of the above?

YOL: After the initial reading of the script, I make a board for myself with only my first impression. It would most likely be a tone board of sorts, which may sometimes include specific locations, research or character background. When meeting with a director, I think it’s paramount to express how I feel about the story and how my understanding is of the tone.

AFI: Congratulations on your latest film MINARI screening at Sundance. How did you first meet Lee Isaac Chung and become involved with the project?

YOL: Through my agent I got an interview with the producer (Plan B) and, after that, I met with Isaac, the director. He had a very specific idea of locations and tone because the story was based on his childhood and family. Fortunately, my board and research matched his vision, and we agreed to work together.

AFI: What was it about the script for MINARI and people involved that was especially inspiring to you?

YOL: As for MINARI, I was extra involved compared to other projects because it is about my culture and people from my hometown. Even though I didn’t have firsthand experience of immigrant life in the ‘80s, I do remember how that period was like back home in Korea. I looked up some of my parents’ and grandmother’s photos to get a sense, as well as doing research on American cultural references. It was also very special and personal to get the chance to work with a majority Korean crew and cast – native Korean and Korean Americans – for an American show. It actually reminded me of film sets back home.

AFI: MINARI shot in Tulsa, Oklahoma. What was your preparation like ahead of the film shoot, and what were the biggest challenges with the environment?

YOL: I expected it would be hard to find crew and resources in Tulsa compared to LA, so before I took off, I researched if there were any film schools in the area and what kind of resources and vendors they had. Actually, it was even harder than anticipated. The biggest challenge was finding the right crew. With only two weeks out of principal photography, I still was hunting for my key crew. Oklahoma seems to be the next hot place to film at, after Atlanta, but it seems like it needed more time to get the infrastructure set up. MINARI was low budget, so I needed to figure everything out with the tight budget I had. Fortunately, many Tulsa locals held onto and still used stuff from the ‘60s and ‘70s so I was able to procure period furniture and decorations through yard sales and flea markets.

AFI: What are you most excited about in terms of having the film premiere at Sundance and what do you hope audiences take away from the experience?

YOL: Sundance always has a nice positive vibe. I am very happy to be able to attend again. I hope it gives our film a bigger viewing window, so more people can understand, experience and appreciate the immigrant life.

AFI: How have your roots growing up in Seoul influenced your visual aesthetic and how has that translated onscreen in your work so far?

YOL: To be honest, I don’t think my background has really affected my work, but to be fair I was told I had a distinct Korean aesthetic, whatever that means. I think I’m still growing into my style, which probably would be a mix of Korean and American. Seoul is very urban and changes rapidly. The fashion industry also needed to be ahead of the curve, so I had to adapt accordingly. Growing up Korean meant getting used to things changing at a breakneck pace, while being able to adapt right away in order not to be left behind. I think working in a visual medium at this pace gave me an abundant amount of experience to help hone my visual aesthetic.

AFI: Do you see yourself as having a specific aesthetic or are you more of a chameleon with your visuals changing with each new project?

YOL: I do like to believe I have my own style, but I pride myself in changing and adapting for each film. At the end of the day, it is for the director and audience to decide if I’ve succeeded or not.

AFI: You also served as the Production Designer on Lulu Wang’s critically acclaimed film, THE FAREWELL. How did you come onboard, and what was your vision behind the overall look for the film and the cultural contrast between New York City and China?

YOL: I first met Lulu through her Film Independent short TOUCH. We had a great experience, which led to her contacting me for THE FAREWELL. It was important to portray an honest look of Changchun, China, and New York. The beauty of China and the U.S. can be different from each other’s perspectives. I didn’t want to westernize the beauty of China, so I did a lot of research on Chinese local art, culture and history.

Contrasting the two nations was important, as was reflecting on the identity of being an immigrant. Changchun is an old city going through rapid development. Many parts of the city were under construction, and the newly formed structures seemed to follow a capitalistic aesthetic, forming an interesting contrast with the remaining government-planned apartments from the communism era. We chose our key tone of royal blue to fit these contrasting elements, instead of the same old boring red. We also incorporated glossy textures and kitsch style paintings to enhance our vision.

AFI: Both MINARI and THE FAREWELL were semi-autobiographical and based off the directors’ own experiences. Do you feel a sense of responsibility when you’re depicting a real person’s life story?

YOL: There really wasn’t a heightened sense of responsibility on my end. Although they were both personal stories, I approached them as fiction. For semi-autobiographical films, the details actually come more from the director’s end, which makes my life a lot easier and helps me spend more time looking at the bigger picture.

AFI: As a production designer, what are you looking for in terms of a director? What were your experiences like working with Isaac and Lulu?

YOL: I love directors who have a clear idea of what they want to show on screen and are decisive. Isaac and Lulu were both like that, so it was easy for me to assist.

AFI: What advice would you share with current AFI production design students who are just starting out?

YOL: I think everyone’s path is different. My classmates and mine were different. Some of them work for studio films, and I chose to go independent. I think the route I chose fits who I am, but I do admit it was hard during long periods of no real work. Looking for work, I mean any kind of work, was not an easy task. In a sense, it still isn’t easy. One thing I could say is, don’t rush and don’t discriminate work. There is always something to gain from a project, whatever it may be.

Indiewire named MINARI as a “Critics Pick” at Sundance, calling it a “gentle, sweet, and yet staggeringly powerful story of assimilating into the American Dream.” Read the full review here.